Leslie Jones Proves Just How Heavy the Burden on Women Is

Trolls have been doing their best to bully Leslie Jones, an African-American comedian best known for her lead role in the Ghostbusters reboot. The attacks began when Ghostbusters hit theaters, with an onslaught of racist and sexist tweets directed at Jones. Twitter responded by banning alt-right conservative editor Milo Yiannopoulos, considered the assault’s ringleader. On Wednesday, the outrage directed against Jones escalated. A hacker posted photos of a gorilla and stolen nude photos of Jones on her personal website.

While the harassment itself is horrific, the troubles are even worse than they appear, because they affect the women who aspire to become as successful as Leslie Jones. Ask: What did Leslie Jones do to merit this treatment? She was in a movie—that’s it. Meanwhile, the men who produced the film have been left alone.

Customer feedback about Ghostbusters, including trolling, would more logically be aimed at Ghostbusters director Paul Feig, or its writer and Ghostbuster emeritus Dan Aykroyd. Anger about Twitter’s unevenly applied abuse policies would better be directed at decision-makers like the company’s CEO, Jack Dorsey. (I even sympathize with the alt-right’s frustrations about Twitter’s opaque policy decisions, but not with expressing that outrage at the women who have stood up against being harassed.)

As a result, the fantasy of life as a famous man remains untouched. Young men can imagine the many benefits of success, like fame and public acknowledgement, all with a kind of stability and comfort. Sure, powerful men pay the price when they violate social norms in a significant way. Olympic athlete Ryan Loche lost his sponsorships and was publicly ridiculed when he lied about being held up at gunpoint in Rio. Politicians who cheat on their wives become fodder for memes, and cannot win elections. It’s not like men get away with everything.

But women are trolled simply for existing proudly in public space, and are targeted in ways that are exceptionally vile. Leslie Jones has repeatedly been sent messages comparing her to a gorilla. And that was before her most private photos were posted by a hacker on her own website—her own space. This is not just “the price of fame.”

It’s also not the fantasy that I had as a child, when I imagined life as a successful woman. Growing up in the ‘80s, I read everything that I could about Madonna. (We didn’t have Beyoncé back then.) I imagined what it would be like to live her luxurious and fashionable life. There she was, on MTV and the red carpet and in Vogue—looking gorgeous, but more importantly, triumphant. There was no Twitter and no Reddit, to centralize and deliver hate mail en mass, in front of everyone. I’m sure she got it via post, but I never saw any of it—and perhaps she never did either. Her life was a fantasy, but it was a good one.

Who knows whether being famous in the ‘80s really was that much fun. But one thing is for sure: Success then was far more appealing than it is now. Organizing hate campaigns against any given woman was certainly less efficient, and wouldn’t be spoken about on network TV, in front of young women trying to determine who they wish to be. Social media empowers all of us, including the worst of us. The disgusting work of trolls now goes everywhere. Any dreams that I entertain about my own future are now tempered by the realization that success makes me a target.This has a chilling effect.

For women, success comes with a burden of harassment far beyond what’s reasonable to expect of our public figures. Women like Jones are accused of courting abuse, simply for existing or for being prominent figures in a world of white men. But success is not the same as “asking for it.” The responsibility for this misconduct is not on women, whose sole crime is being successful. The responsibility is on men, to maintain a basic level of decency and respect for women online. We all must to demand greater civility towards women in public spaces.

I gave a talk recently to a group of ten-year-old girls. The aim was to show them their limitless career possibilities, and to encourage and inspire them. I discovered something wonderful: Young girls today believe that they can do anything. The question I now worry about is: Will they want to? When the time comes for them to step up, will they decide that it’s worth the risk?

Elissa Shevinsky is managing director at Kearney Boyle & Associates and editor of Lean Out. 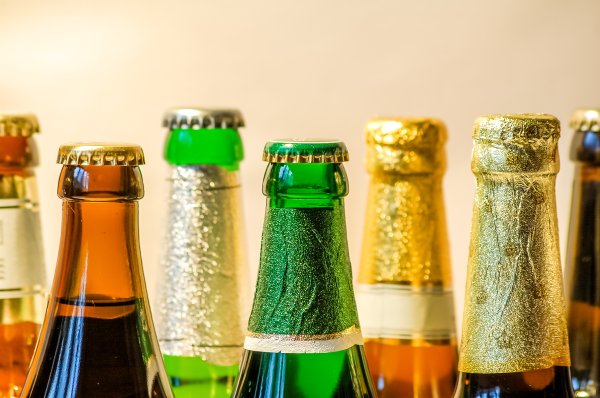