Why We Shouldn't Dismiss People Who Deny Facts

But let’s try asking a different question for a minute: Are anti-vaxxers and climate change deniers actually stupid? Are they just a bunch of idiots who are ignorant of science and incapable of understanding it?

The answer to these questions is for the most part “No.” Many intelligent people fall into a wide variety of non-scientific beliefs, from the relatively innocuous (such as the belief that you should “starve a fever”) to the extremely dangerous (such as the belief that the HIV virus is not the cause of AIDS and that antiretrovirals are toxic). And years of educational efforts on the part of public-health officials have often been unsuccessful at getting people to change their minds about a wide array of issues. In fact, there is even evidence to suggest that informational campaigns aimed at reversing scientifically incorrect beliefs can backfire.

So where are these massive, time-consuming public health responses going wrong? The answer, we think, lies in a widespread failure to utilize a fundamental human tool: empathy.

If we really want people to make decisions using sound scientific evidence, then we need to take an honest look at what’s driving those unscientific beliefs. Because it’s not ignorance, it’s psychology. All of us are prone to the same fundamental human principles that cause these cases of science denial.

Research has proven that humans are distinctly uncomfortable with events or phenomena without clear causes, and when we don’t know something, we tend to fill in the gaps ourselves. Take the example of the parent whose child has autism, a devastating condition whose cause is unknown. Desperately trying to find out what caused your child’s autism, even if there is nothing you can do about it, is a completely natural human phenomenon. Since we don’t know why it occurs, it becomes easy to misplace blame.

Moreover, humans do not assess risk in a measured or rational manner. Instead, assessments of risk depend a great deal on what is sometimes called “imaginability,” which refers to the ability to conjure an image of something in one’s mind. Because we are fundamentally empathetic creatures, we respond more to stories than to statistics. That’s precisely what makes it more natural for anti-vaxxers to “imagine” the risk of their children dying from a vaccine than it is for them to comprehend statistics that vaccines are safe.

We should figure out why we are all so drawn to stories in the first place. Changing minds requires compassion and understanding, not disdain. 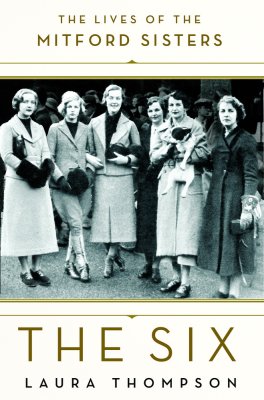 One Befriended Hitler, Another Inspired J.K. Rowling: Six Sisters Who Shook the World
Next Up: Editor's Pick