University of Chicago: 'We Do Not Support So-Called Trigger Warnings'

In a letter, the incoming class at the University of Chicago were given a strong mandate by the institution they have elected to join: “Members of our community are encouraged to speak, write, listen, challenge and learn, without fear of censorship. Civility and mutual respect are vital to all of us, and freedom of expression does not mean the freedom to harass or threaten others. You will find that we expect members of our community to be engaged in rigorous debate, discussion, and even disagreement. At times this may challenge you and even cause discomfort.”

One way to ensure this, writes Dean of Students Jay Ellison in the letter obtained by Intellectual Takeout, is to eliminate “trigger warnings” and “safe spaces,” two topics of frequent discussion in recent years. A trigger warning is advance notice about subject material that may be difficult for certain students to read, hear or see; a safe space is a place they can go to avoid those subjects or heal after confronting them. Often used at least with the stated attempt of avoiding inflicting further trauma on victims, particularly those of sexual assault, the methods have also been criticized as means of preventing students and lecturers from exploring difficult issues together. As TIME reported in May, a Knight Foundation survey showed that “54 percent of students said the climate on campus prevents some people from saying what they believe because they are fearful of offending others.”

At Brown in 2015, a debate about sexual assault was questioned. At Oberlin, students have sought trigger warnings for Antigone; at Columbia, for Ovid’s Metamorphoses; at Rutgers, for Virginia Woolf’s Mrs. Dalloway. At Brandeis, an installation by the Asian American student association to show microaggressions often made against them (like remarks “Aren’t you supposed to be good at math?”) was shuttered after other Asian American students protested that the display itself was a microaggression. A professor at Harvard Law School has written about the near-impossibility of teaching rape law with trigger warnings.

Correction: The original version of this article misstated when students received the notification. They received a letter in August. 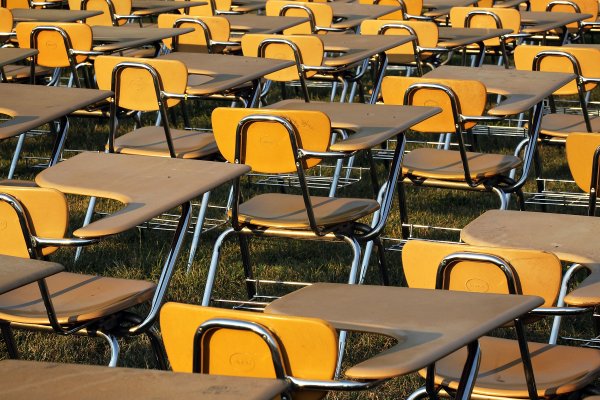