Donald Trump Will Struggle to Reinvent Himself as 'Mr. Brexit'

Donald Trump must be running low on people to share a stage with. On Wednesday night, he introduced a surprise guest to crowds in Jackson, Mississippi—one Nigel Farage, former leader of the United Kingdom Independence Party (UKIP).

The Trump faithful may have been forgiven for greeting Farage the way he famously greeted Herman Van Rompuy as President of the European Council—with a blunt, “who are you?” The rightwing UKIP, after all, stands no chance of running the British government and Farage is a virtual nobody in the U.S.

Little matter to Trump, who needs all the friends he can get at the moment. He introduced Farage as the man responsible for Britain’s historic “Brexit” vote to leave the European Union (that’s a stretch; while the UKIP man certainly played a part, Britain’s current Foreign Secretary arguably has the greater claim).

The pint-swilling populist took the stand with a swagger, promising a “message of hope and optimism” and urging Trumpistas to emulate the Brexiteers in enlisting a “people’s army of ordinary citizens” in getting out the vote in November.

“You had better get your walking boots on,” he said—a message some Mississippians might have expected from First Lady Michelle Obama in another context, but perhaps not from this vermillion-hued Brit. The crowd gave him a big hand anyway, perhaps wooed into submission as much by his overcooked English vowel sounds as his message.

In sharing a stage with Farage, Trump is seeking to channel the rebellious spirit of the British voters who rejected the E.U. He apparently sees parallels between his own campaign and that of the Brexiteers, figuring he too can overcome the polls and the disapproval of the establishment to win a historic victory. Last week, he even told his Twitter followers “they will soon be calling me MR BREXIT.”

Those parallels do exist. The winds that powered Trump to victory in the Republican Party primaries also helped steer Britain away from the E.U. in June. Distrust of the establishment. A desire to retake control from elites. A fear of a changing country. For some, a sense that change—any change—is better than the status quo.

But the differences are huge, and crucial. While Trump would have you believe that Brexit was a huge upset that no one predicted, polling consistently showed the country split down the middle with the ‘Remain’ campaign only marginally ahead. The gap was only very rarely as wide as it currently is between Trump and his Democratic rival Hillary Clinton.

The Brexiteers were also buoyed by a loud and influential pro-Brexit print media in the U.K. Analysis of Britain’s newspapers in the days before the vote found that 82% of newspaper coverage was pro-Leave. Mass market tabloids like the Daily Mail splashed daily headlines on the evils of the E.U. and the hordes of migrants massing at Britain’s borders. The right-leaning Spectator, one of Britain’s oldest magazines, led the week of the vote with a thoughtful op-ed on the wisdom of leaving.

The U.S. print media has little comparable influence and prefers to give the appearance of balance. But even in the more influential right-leaning broadcast and online media, support for Trump is waning. Yes, Sean Hannity keeps plugging for him on Fox News, and Breitbart.com is wall-to-wall Trump. But the Wall Street Journal, the National Review, the Weekly Standard, Red State and other bastions of conservative thought have long gone cold on the Republican nominee.

Then there’s the most obvious difference of all—Brexit was, and remains, an intangible concept while Trump is an individual of some substance. Yes, Britons knew they were voting to leave the European Union. But how that would happen and what it would mean were never really made clear by either campaign. A poll found only 22% of voters understood “well or very well” what they were voting for. That meant Brexit could become a symbol—a vessel into which voters could pour their fears, their anger, and their discontent. Or even just use to register their irritation at the government.

Trump, however, is no mere repository—no matter how much he would love to become one. He is fiercely corporeal, a symbol only of himself. Voters know exactly what they’re getting when they decide to vote Trump; that is the major obstacle his campaign has to overcome. However eager he is to disappear into the role of Mr. Brexit, he will never be anyone but Donald Trump. 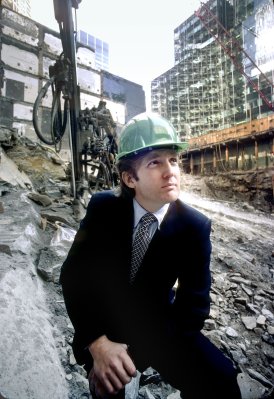 What Trump Knew About Undocumented Workers
Next Up: Editor's Pick