India's Economic Engine Has a Rocky Road Ahead

Since 2014, India has been the emerging-market world’s most positive story. That’s mainly because Prime Minister Narendra Modi and his Bharatiya Janata Party (BJP) have cut red tape to make it easier to do business in this historically closed country. Modi’s government has lowered barriers to foreign investment and dramatically simplified the tax system. India’s economy has taken off, with growth forecast at 7.8% this year.

Yet this is probably the last major piece of positive reform news we’ll hear from India for the next couple of years. There are two crucial proposals that aren’t going anywhere until after the next national elections, in 2019. First, change is needed to create a much more flexible labor force. Laws meant to protect workers make it extremely difficult to fire employees in tough times, which makes it harder to persuade companies to hire new workers when times are good. Second, badly needed infrastructure projects remain on hold across the country because it’s difficult to secure land rights. These issues create an artificial limit on job creation in a country where 1 million new entrants join the workforce each month.

Modi’s government can’t move forward on labor or land reform when it faces more than a dozen state elections in 2017 and 2018. He knows the opposition Congress Party and the anticorruption Aam Aadmi Party will accuse the BJP of favoring Big Business at the expense of workers and farmers.

To protect his party’s vote share, Modi is seeking populist causes. Unfortunately, this strategy has begun with a much tougher attitude toward Pakistan. The killing of a popular Muslim militant has set off a round of violence in India’s Jammu and Kashmir state. Indian and Pakistani officials have faced off over the unrest, and Modi has raised tensions by criticizing Pakistan’s government. Progress toward better relations is off the table for now.

In addition, a resurgence of Hindu nationalism is raising tensions inside India. Modi’s BJP rose to power in 2014 on promises of “minimum government, maximum governance.” Fed up with a stagnant economy and a Congress Party government beset by corruption, many people from lower castes and socially liberal upper classes set aside concerns about the BJP’s traditional Hindu nationalism to back the party. Yet debates over caste, religion and country are making a comeback, with fiery confrontations between backers and critics of the BJP on university campuses stirring protests.

Modi has accomplished a lot, and India remains a mostly positive story. But the pace of progress is about to slow, and ghosts from the past are now circling overhead. 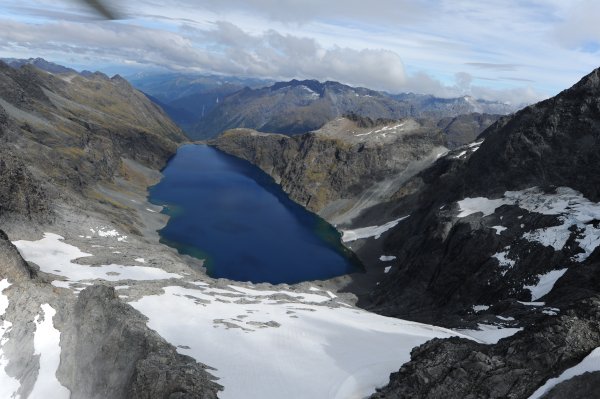 Woman Found Alive After Being Stranded For One Month in New Zealand Mountains
Next Up: Editor's Pick