The U.S.S. Nitze is greeted by the spray of a fireboat to kick off Fleet Week in New York Harbor on May 24, 2006
Peter Foley—Reuters
By Nash Jenkins

Four Iranian vessels “harassed” a U.S. warship by coming within 300 yd. of it on Tuesday, according to a U.S. defense official who told Reuters that the maneuver was “unsafe and unprofessional.”

The American destroyer, the U.S.S. Nitze, was near the Strait of Hormuz, which separates Iran from the Arabian Peninsula. It unsuccessfully attempted to communicate with the Iranian vessels on several occasions. But two Iranian ships proceeded to conduct a “high-speed intercept” within close range of the Nitze.

“The Iranian high rate of closure … created a dangerous, harassing situation that could have led to further escalation, including additional defensive measures by Nitze,” the defense official, who spoke anonymously, told Reuters.

Officials are unsure if the interception was ordered by Tehran. Iran’s military has long been suspicious of U.S. activity in the region, and in January detained 10 U.S. sailors who had accidentally veered into Iranian waters. 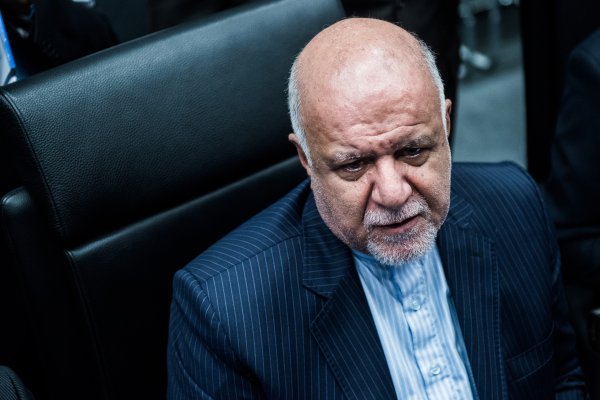 Iran Investigates If Series of Oil Industry Accidents Were Caused by Cyber Attack
Next Up: Editor's Pick