U.S. soccer goalie Hope Solo has been suspended six months by U.S. Soccer after calling Sweden’s team “a bunch of cowards” during the 2016 Olympics in Rio.

U.S. Soccer announced Wednesday that Solo’s suspension is effective immediately for conduct that is “counter to the organization’s principles.”

“The comments by Hope Solo after the match against Sweden during the 2016 Olympics were unacceptable and do not meet the standard of conduct we require from our National Team players,” U.S. Soccer President Sunil Gulati said in statement. “Beyond the athletic arena, and beyond the results, the Olympics celebrate and represent the ideals of fair play and respect. We expect all of our representatives to honor those principles, with no exceptions.”

Solo’s outburst came after Sweden upset the U.S. team during the Rio Olympics quarterfinals. She said she was upset by their strategy during the game.

In a statement to Sports Illustrated, Solo said, ” I am saddened by the federation’s decision to terminate my contract.”

“For 17 years, I dedicated my life to the U.S. women’s national team and did the job of a pro athlete the only way I knew how — with passion, tenacity, an unrelenting commitment to be the best goalkeeper in the world, not just for my country, but to elevate the sport for the next generation of female athletes,” Solo said. “In those commitments, I have never wavered.”

“We also question whether this action would ever have been taken against a male player or coach, who, in the heated moments after a frustrating defeat, questioned the tactics of the opposing team,” Nichols said in a statement to Sports Illustrated. “Needless to say, we will file an appeal on Ms. Solo’s behalf.”

Solo was previously suspended for 30 days in 2015 after her husband was arrested on suspicion of DUI.

“Taking into consideration the past incidents involving Hope, as well as the private conversations we’ve had requiring her to conduct herself in a manner befitting a U.S. National Team member, U.S. Soccer determined this is the appropriate disciplinary action,” Gulati said. 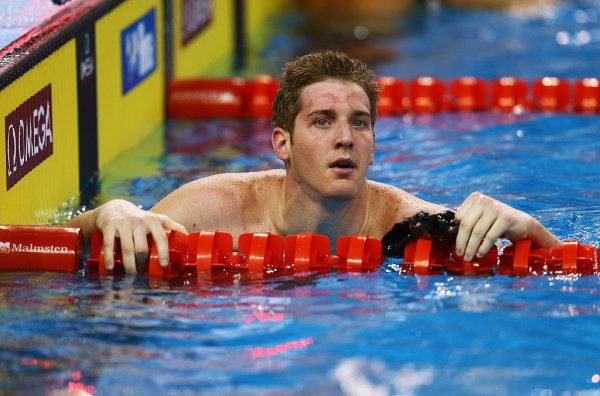 U.S. Swimmer Admits to Omitting Facts in Robbery Scandal
Next Up: Editor's Pick