How Women In Finance Inspired Me to Make a Movie

The camera pulls back on the endless windows of a glistening Manhattan office building, to the glorious anthem of Carly Simon’s “Let the River Run.” I am 13 years old, in a Colorado movie theater, my eyes riveted to the screen as I take in those last moments of Working Girl.

The next day at school I tell a classmate that I am going to be a “businesswoman.” I do not know exactly what this means, but I know I want to ride a giant orange ferry to work in the gleaming city, to wear a black cocktail dress and flirt with Harrison Ford, to do this thing called “mergers and acquisitions.” The classmate laughs at me and says that I am “way too nice for that job.”

The truth is, he probably had a point. I was a shy and sensitive kid who poured out her heart into her journal, and I probably did not have the thick skin necessary for a corporate career.

But the other truth is that I was socialized to be that kid—I was told to be too nice, too worried about pleasing people and being liked. Most girls were. I was told not to ask boys out, that was their job. I was told that I was too tall for boys to like me. I once tried to join a bunch of boys playing “war” on the playground and was instead given the role of the nurse where I handed out Band-Aids.

Perhaps my screenplay for the film Equity about Naomi, a tough senior investment banker on Wall Street, will inspire a 13-year-old girl somewhere to go into business. I wonder if people will tell her she is too nice, or whether someone will say, “you go girl” and give her a copy of Lois Frankel’s Nice Girls Don’t Get the Corner Office.

In the book, Lois Frankel writes: “We behave in ways consistent with the roles we were socialized to play, thereby never completely moving from girlhood to womanhood. As nurturers, supporters, or helpmates, we are more invested in seeing others get their needs met than in ensuring that our needs are acknowledged.”

In the process of writing the screenplay for Equity, I had the chance to interview many women who worked on Wall Street, including several who started there in the 1980s, around the time I was a teenager falling in love with Working Girl. These women had from a young age something that it has taken me many years to acquire – the strength and determination to pursue their goals, no matter how many glass ceilings they hit. I have deep admiration for these women – I can hardly fathom the amount of courage it takes to go to work every day in a place where you are explicitly or implicitly not welcome.

One afternoon, on the advice of my producers, I went through my screenplay line by line looking for any of the following phrases: just, maybe, kind of, I think. The women we were interviewing didn’t speak this way. They were direct and assertive in their language. They did not apologize for their words or constantly remind people that this was their opinion. And I found that the process of giving voice to women like this began to change my own voice. I began to notice those phrases in my own speech and my emails and delete them.

If writing about women in finance was inspiring, the process of collaborating with an all-female team of filmmakers on Equity was equally so. The producer and writer Laura Goode has asked: “What kind of professional culture do women leaders create in film? What does a set run by a woman look like, sound like, feel like?” This is something the film industry is only beginning to discover.

Read more: How I Sold A Film About Wall Street Starring Women

I could add: What does a major bank led by women look like? But the truth is we don’t know because we’ve never seen one.

Of course there is endless discussion of how women should act in a male-dominated world. Do we lean in to the table or create a new table? Do we try to be like men? Or do we embrace our feminine side, whatever that means. What do we tell the girl on the playground? Should she join the “war” or should she convince the boys to carry Band-Aids?

I have a six-year-old daughter and a three-year-old son and I’m conscious of these messages every day. Too often I find myself telling my daughter she should be “nice.” I’d like to stop using that word. Do I want her to be kind? Yes. Do I want her to act with integrity? Yes. But I don’t want anyone telling her that it’s not nice to go after something she wants.

The truth is, Melanie Griffith’s character Tess actually was pretty nice. I’m sure the producers of Working Girl made that choice. They wanted her to be likable, unlike Sigourney Weaver’s character, who they chose to make a caricature of an aggressive scheming female boss. The movie did show women working in finance, so in some ways Working Girl was forward-thinking. But it was 1988, and Tess not only got the job, she got the man. The movie explored working women under the guise of a romantic comedy.

It’s 2016. We are ready for a different narrative. Female characters who are complex, confident, vulnerable, and fully human. Naomi did not get where she is by being nice. And frankly, having gone through my own share of career obstacles, neither did I. Spending a year living the voice of Naomi and the other characters of Equity has reminded me of my own capacity for strength. And I’ll be grateful for that when I watch the premiere of the film, in my black cocktail dress, in a New York City movie theater.

Amy Fox is the screenwriter for the film Equity, which opens in theaters nationwide August 26. 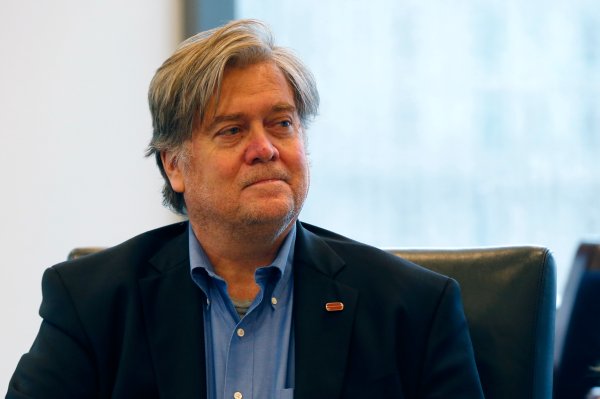