In this day and age, Taylor Swift’s all-consuming friendship industrial complex, otherwise known as the squad, is nearly ubiquitous. That being said, it should come as no surprise that the pop princess is one of the top-requested seat mates at the MTV Video Music Awards, where celebs often send requests with RSVPs to be seated by their friends.

In an interview with Megan Friedman for Cosmopolitan, MTV music and talent vice president Gina Esposito said that they often receive multiple requests from stars who want to sit by Taylor.

“She has so many good friends, and it was hard to figure out the ‘Taylor’ of it all [in past years], because so many people were requesting to sit by her and sit with her,” Esposito said. “She’s often really requested.”

It’s not just Taylor’s well-documented friendship that has artists clamoring to be seated by her, however; Esposito also disclosed that the seating charts for the awards show are dependent on making sure that the right people are in front of the cameras to capture certain reactions.

Given the fact that Swift often has no shortage of awards, memorable dance moves, and buzz-worthy moments (how much do you want to bet that the never-ending Taylor-Kanye drama is going to surface at the VMAs yet again?), if you’re looking for some screen time, sitting by Tay could be a boon. 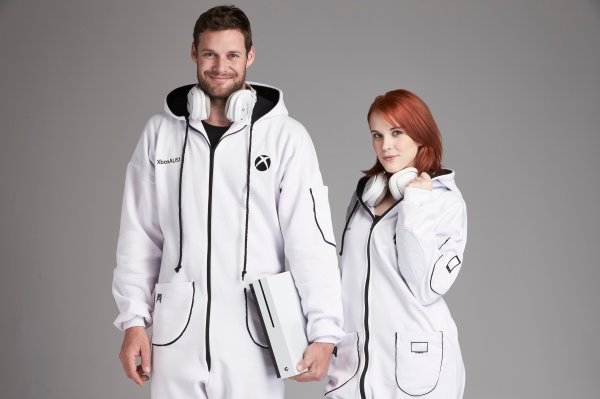 Introducing the 'Xbox Onesie,' Made for True Couch Potatoes
Next Up: Editor's Pick