In the Sept. 5 issue of TIME, we looked at what makes for successful siblings. It is a story about nine American families, including the Simmons family, who all saw their children go on to achieve unlikely levels of success.

Not all kids from tough neighbor­hoods make it out. But Russell Simmons is now a multimillionaire entrepreneur, a co-founder of Def Jam Recordings and the chairman and CEO of Rush Communications. Danny is a painter and author who co-created Def Poetry Jam on HBO with Russell and oversees the Rush Philanthropic Arts Foundation. And Rev Run was one-third of the hip-hop trio Run-D.M.C. in the 1980s and ’90s and is now an ordained minister and reality-­TV star.

Growing up in heroin-ridden Hollis, Queens, in the 1970s, Danny and Russell once survived a street fight against 12 other guys. Occasionally, they’d bring the fighting home. “One time Danny took a comb and ran it through my hair, and it hurt real bad,” says the youngest brother, Joseph, known as Rev Run. “I think he was high.”

Their father Daniel Simmons Sr. didn’t try to shield his sons from all violence. “He respected what you learned in the culture in the street,” says Russell. “So he never really hid us from the stuff that was right on our corner.” That exposure also created motivation. “Seeing tragedy always pushes you to move past it,” says Danny, the oldest, who beat heroin addiction decades ago.

Their father also found himself arrested during civil rights demonstrations. He worked as a New York City school-attendance superintendent by day and taught a college course on black history by night. His young sons remember waving goodbye as he boarded a bus from Queens to see Martin Luther King Jr. at the March on Washington in 1963. They stood with him on picket lines and visited his class on radical politics, and they were watching when he lay down in front of a bulldozer to protest a segregated construction site. Now adults, they say their father’s activism showed them how to get involved in the world outside themselves.

“He had his own moral compass. He knew what was right and what was fair, and he demanded that kind of justice,” says Russell Simmons of his father. “It stuck with me. It stuck by all my brothers as well. It’s part of our makeup.” 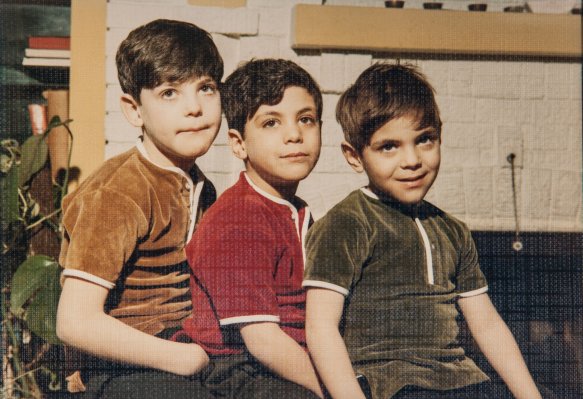 Super-Siblings Through the Years
Next Up: Editor's Pick