It’s rare you see this sort of statistical specificity from a developer: The first post-release No Man’s Sky patch fixed “75% of crash issues” for the PlayStation 4, says developer Hello Games, while the second bumped coverage up to 87%.

And the third—that would be version 1.06, due out this week—should fix 90%, says the studio, which promises to keep toiling until it’s scraped all those troublesome bugs off your interstellar windshield.

Space sandbox No Man’s Sky (read TIME’s review here) arrived on August 9 with a substantial day one patch that made dramatic changes to the underlying gameplay. While crashes during my time playing has been rare—I’ve experienced a total of two lockups over the course of dozens of hours of play—the margin of tolerance for console lockups is exactly zero.

To a certain segment of players, the game’s “biggest issue” isn’t the crashing at all, but No Man’s Sky‘s procedural (and to a certain extent, structural) repetitiveness. That’s not been my experience, but then Hello Games’ Sean Murray anticipated the game would be divisive, and sometimes polarization is just another kind of validation. 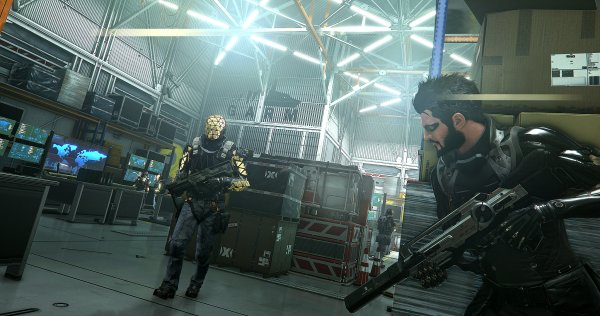 What It's Like to Play 'Deus Ex: Mankind Divided'
Next Up: Editor's Pick