This Creativity App Is Great for iPad-Obsessed Kids

A few years ago, a story surfaced about how the late Apple CEO Steve Jobs wouldn’t let his children use iPads. Like so many other surprising celebrity parenting stories, the story quickly went viral. Soon, the original message (how tech-industry parents’ handle household gadgets) was contorted into something else entirely (screen time is terrible for kids).

Pro- and anti-screen parents got whipped into a frenzy, and before long, the American Academy of Pediatrics had to restate its position on kids and screens. “In a world where ‘screen time’ is becoming simply ‘time,’ our policies must evolve or become obsolete,” wrote the AAP. The group had to change, because the way we use computers had changed.

Characteristic of this shift in how we use our screens, Osmo Monster, an app-enabled iPad accessory, mixes real world drawing with a healthy dose of imagination—and some clever tech—to show both children and parents alike the future of computing.

Osmo Monster is an accessory to the original Osmo kit, a dock with a mirror for the iPad’s front-facing camera that lets the tablet “see” interactions taking place on the tabletop in front of it. When users tap on the Osmo Monster app, the iPad looks for Monster’s creative board (a letter-sized white board) which works with the accompanying erasable markers. On the screen, users interact with an orange, bear-like creature named Mo, who tells interactive stories. But he can’t do it alone — he needs the user to draw items like potions, magic wands, and stars to keep the story going.

Designed for children aged four through nine, Monster aims to eliminate the passive experiences typical of children’s tablet apps. And passive tablet usage is the real monster here, causing children to zone out rather than engage, leading to obesity and poor academic performance, according to the AAP. YouTube, for instance, is just about as passive as an app can get — you literally use it to watch videos — and according to 2015 research from the U.K.’s University of Sheffield, it’s children’s favorite iPad app. (That said, YouTube offers plenty of educational videos for kids, too.)

So instead of developing yet another video app, Osmo developers set out to make an entirely new medium. “We thought if we can make this into a two-way conversation, we can have active engagement with the characters,” says Pramod Sharma, the company’s co-founder and CEO.

In the Osmo Monster app, Mo walks children through a magic show, requesting the user draw all the props needed to make the tricks come to life. According to Sharma, this is just the first of many stories Mo will help tell. The company is planning to release a different set of interactions in coming months.

And if Mo looks familiar to Disney/Pixar’s Monsters Inc. fans, it may be because the company has some Disney DNA in its staff. And though the big, friendly beast is an Osmo original, don’t count out other characters from utilizing Osmo’s technology in the future. According to Sharma, as much as Osmo Monster is its own app, it’s also a platform, capable of taking in any other character and telling any other tale. That’s something that could make both kids and media companies happy.

The Monster app offers a quality experience, which should make parents happy, too. The app works great. The liquid chalk markers are vivid and work well with the storyboard. The marker case doubles as a board-wiping rag. And best yet, the app performs equally well on a four-year-old iPad Mini as it does with a current-model iPad Air. This is a smart move by Osmo, as lots of children are given hand-me-down gadgets.

And if you’re wondering, Sharma — who has two children of his own — doesn’t restrict his little ones from using iPads at home. But he does make sure their screen time is active. “The use case of just watching YouTube mindlessly is very little in our house,” he says. “And I can totally understand why Steve Jobs wouldn’t allow it either.” 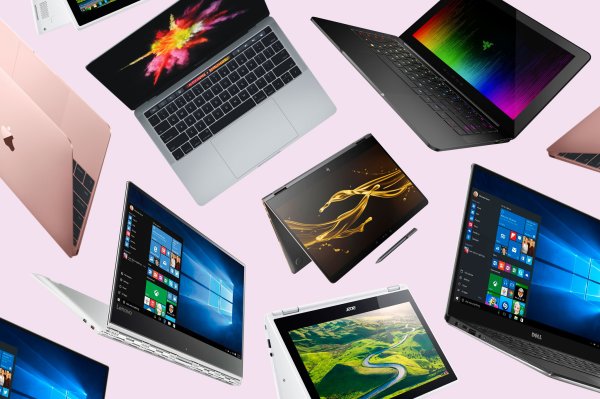 The Best Laptops You Can Buy Right Now For Every Budget
Next Up: Editor's Pick