Hillary Clinton, former Secretary of State and 2016 Democratic presidential candidate, watches as students clean off 3D printed campaign logos made for her during a tour of the University of Northern Iowa's Additive Manufacturing Center at Cedar Valley TechWorks in Waterloo, Iowa, U.S., on Wednesday, Dec. 9, 2015.
Bloomberg—Bloomberg via Getty Images
By Alex Fitzpatrick

Democratic presidential nominee Hillary Clinton will be courting the Silicon Valley elite Wednesday at a fundraiser co-hosted by Apple CEO Tim Cook. Tickets to the event range from $2,700 to $50,000, according to BuzzFeed News.

The event comes as technology firms have been increasingly intertwined in politics and policy issues. Startups like Uber and Airbnb are locked in high-profile disputes with lawmakers over regulatory matters. Meanwhile, older firms like Apple and Microsoft have been ramping up their lobbying efforts amid battles over data privacy and LGBTQ rights.

Cook, who is openly gay, has been more politically active than his predecessor, once defending Apple’s alternative energy investments by telling shareholders that “if you want me to do things only for [return on investment] reasons, you should get out of this stock.”

Thus far, the technology industry as a whole has given far more to Clinton than her Republican rival, Donald Trump. Employees at Internet companies have given Clinton and Clinton-supporting groups about $1.5 million, according to OpenSecrets, which tracks money in politics. Workers at those same companies have given just over $13,000 to Trump’s efforts. (Companies themselves can’t donate to campaigns; the data tracks employees at those companies instead.)

Plenty of A-list technology leaders have contributed to Clinton’s campaign as well, as CNN recently pointed out. Salesforce CEO Marc Benioff and his wife Lynne Benioff, LinkedIn cofounder Reid Hoffman and Laurene Powell Jobs, the widow of late Apple CEO Steve Jobs, all appear on Clinton’s list of donors who have contributed or raised $100,000 or more to the Clinton campaign or groups backing it.

Prominent right-leaning Silicon Valley figures, meanwhile, appear to be focusing on congressional contests rather than back Trump. Even Peter Thiel, the PayPal billionaire who spoke in support of Trump at this year’s Republican National Convention, has no plans to donate or raise money for the candidate, according to the Wall Street Journal.

This may be in part due to Trump’s fiercely anti-immigration rhetoric; many technology executives have been urging lawmakers to ease the immigration process as a means to get access to the world’s best talent. 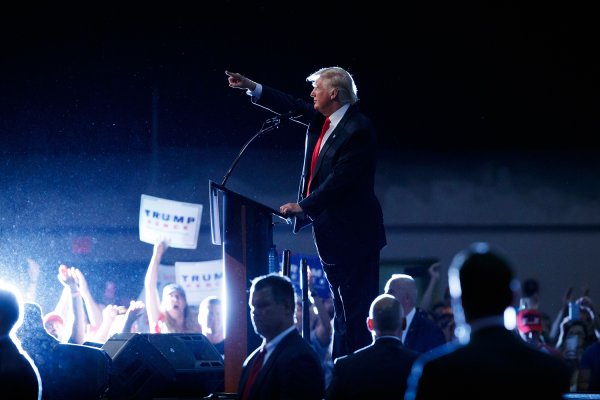