Michelle Obama on Ditching the Secret Service for Carpool Karaoke

There are so many things to love about Michelle Obama‘s epic appearance on Carpool Karaoke last month. But for the first lady herself, ditching the Secret Service to film the segment is at the top of her list.

“First of all, I was riding in a car with someone else, without the Secret Service,” Obama tells Variety in her new cover story for the magazine’s Aug. 23 issue. “So right there, [I was like], ‘Let’s keep driving!’ I think we drove around the South Lawn about 100 times.”

Her appearance on the popular segment of James Corden‘s The Late Late Show – which has generated more than 40 million views on YouTube – also gave the first lady an opportunity to highlight one of her key initiatives, Let Girls Learn, a worldwide push to promote girls’ access to education.

During their ride around the South Lawn, Obama, 52, and Corden, 37, sang along to “This Is For My Girls” – a track written by songwriter Diane Warren several years ago that was later recorded as an anthem for Let Girls Learn by Missy Elliott, Kelly Clarkson, Janelle Monae and other stars.

Obama tells Variety it was Warren who encouraged her and Corden to do a segment. “What better way?” the first lady says. “The hottest way that music is being heard is in the car with James.”

Obama, who calls herself a “product of pop culture,” says she isn’t afraid to use its influence to reach a wider audience and spread the word about her signature issues, like helping military families and promoting girls’ education and healthy eating and exercise.

And if that means singing “Get Ur Freak On” and “Single Ladies” in a car with James Corden and Missy Elliott – she’s game.

“What I have never been afraid of is to be a little silly, and you can engage people that way,” Obama says. “My view is, first you get them to laugh, then you get them to listen. So I’m always game for a good joke, and I’m not so formal in this role that there’s very little that we can’t do that people won’t appreciate.” 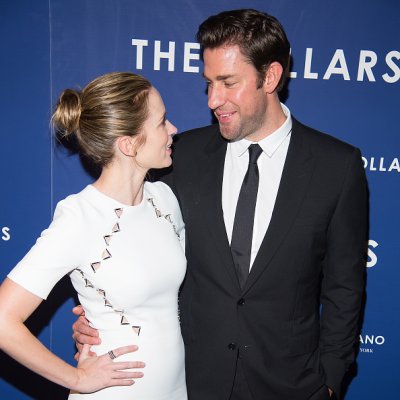 Why John Krasinski Only Cooks for Emily Blunt Because of Leonardo DiCaprio
Next Up: Editor's Pick