Republican presidential nominee Donald Trump signaled a reversal on one of his key policy issues Tuesday, suggesting he would be open to a “softening” of his positions on illegal immigration.

His comments, in a town hall taped in Austin, Texas, with Fox News host and avowed supporter Sean Hannity, are a remarkable about-face for the candidate, whose hardline stance on the issue propelled him to the GOP nomination in the first place. When Hannity, who like Trump has railed against “amnesty” for those in the U.S. illegally, asked whether Trump would support changing the law to “accommodate those people that contribute to society, have been law-abiding, have kids here,” Trump replied in the affirmative.

“There certainly can be a softening because we’re not looking to hurt people,” Trump said. “We want people—we have some great people in this country.”

Trump, who has previously called for a “deportation force,” suggested he would not try to toughen the existing immigration statutes, calling the lawmaking process “brutal.”

Trump’s new position appears to be an embrace of the status quo, in which those in the U.S. illegally with criminal histories are prioritized for deportation, but no action is taken to push forward with comprehensive reform.

In a June tweet, Trump maintained his support for the deportation of the 11 million people in the U.S. illegally. “I have never liked the media term ‘mass deportation’ — but we must enforce the laws of the land!” he said.

The apparent shift comes days after Trump campaign manager Kellyanne Conway said Trump’s position on mass deportation was “to be determined,” indicating a forthcoming campaign shift. Trump also cancelled a planned immigration speech in Colorado on Wednesday on account of the policy uncertainty. It’s the second such “softening” in recent weeks, as Trump appeared to move away from his proposed ban on Muslim immigration, seeking to replace it with an ideological test for immigrants and a temporary ban on immigration from countries with active Islamic extremist elements. But both Trump’s original policy on immigration and the Muslim ban remain on his campaign website.

But Obama has called for comprehensive immigration reform legislation to provide a path to citizenship for the majority of those in the U.S. illegally—a position held by many Republicans but repeatedly rejected by Trump over the course of the campaign.

During the GOP primary, Trump ran a television ad accusing Texas Sen. Ted Cruz of supporting “amnesty.” The spot concluded with Trump telling an interviewer: “People want to take back our country. We have to do it in a humane way, but we have to have a country.”

During the town hall, Trump reiterated his support for a border wall between the U.S. and Mexico—a frequent call-and-response line from his stump speech—adding that he would force Mexico to pay for it, despite that country’s leaders stating they wouldn’t do so under any circumstances. 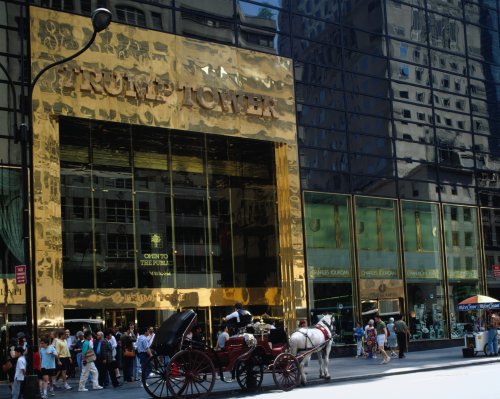