This Election Is the Baby Boomers' Last Hurrah

If demographics is destiny, we know one thing for sure about the result of the current President election: there will be baby boomers in the White House next year. All four candidates on both Presidential tickets are members of the obstreperous and unavoidable generation born between 1946 and 1964. Donald Trump and Hillary Clinton are leading-edge boomers, born within 18 months of each other in 1946 and 1947, and Tim Kaine and Mike Pence arrived similarly tightly bunched during the high-water years, born in 1958 and 1959.

Paradoxically, this election will mark both the ascendancy of the boomers—and their Last Hurrah. After dominating our national life and cultural imagination since the 1950s, the boomers are finally exhausting their time and our political patience.

In this century alone, we have already elected baby-boomer presidents from opposite ends of their generation: George W. Bush (born in 1946) and Barack Obama (1961). Yet today the millennials have supplanted the boomers as our largest living generation. It is not difficult to imagine that in 2020, a newly elected President will promise that, as John F. Kennedy did in 1961: “the torch has been passed to a new generation of Americans.”

It’s not so clear that the boomers are ready to pass the torch, however. Candidates Clinton and Trump visibly reflect many of the preoccupations of the boomers, most prominently their self-narrative of unfilled promise. And their stubbornness. This is felt especially strongly by older baby boomers like Clinton and Trump, both members of the Big Chill half of the generation that experienced the prosperity and euphoria of the 1950s and 1960s.

After all, the conviction that they are special and belong on the center stage of American life has defined them from the beginning. They are not the first generation to make this claim, but none have said it more forcefully or more convincingly. Why? They were told from the start that they are the biggest, most educated and most affluent generation the world has ever seen. How could they be wrong? Surely they will be fulfilled. From the White House to Congress, the older boomers have been the least compromising and the last to let go of their convictions.

In the coming years, these boomers will be aging into the most powerful interest group ever assembled: the boomer elderly. Presumably they will continue to unfurl the ideological flags of their youth—individualism and self-fulfillment. They will almost certainly redefine the lifestyles and work styles of the elderly, just as they have redefined every other age group they have entered. Yet in a year already defined by Brexit, terrorism and police shootings—not to mention the discombobulating Presidential election—it is hard to avoid the conclusion that, as Yeats wrote, the center cannot hold.

After stopping one war (Vietnam), promoting civil rights and liberating women into the workplace, the boomers can now afford to take their victory lap and let younger generations deal with the issues that most affect them. Solutions proposed by the Big Chill boomers may not work for millennials struggling with their unique problems. Younger candidates like Ted Cruz (45) and Cory Booker (47) are lining up and preparing to elbow the boomers off the stage in 2020.

But the boomers are unlikely to go gently into that good night. They may wind up like the aging Civil War veterans who met for years to shake hands on the battlefields where they once fought. Or perhaps a better analogy is to Ishi, believed at the time to be the last “wild” Native American, who was captured in 1911 and spent the last years of his life entertaining tourists in a San Francisco museum. Like Ishi, the last baby boomer will be the survivor of a tribe that once roamed the land and ruled all it saw. And, like Ishi, the last baby boomer will go to the end believing more than anything in itself. 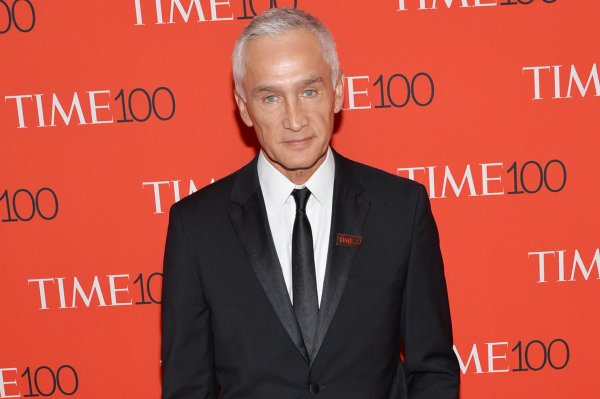 Jorge Ramos: Judgment Day Is Coming For Those Who Stay Silent on Donald Trump
Next Up: Editor's Pick