Stanford University announced this week that it will ban hard liquor from undergraduate parties on campus, a policy change aimed at reducing binge drinking among students.

Under the new policy, hard alcohol—defined as 20% alcohol by volume—is prohibited at all on-campus undergraduate student parties, including those at fraternities. All such parties must also be registered with the university.

The announcement follows a high-profile sexual assault case against former Stanford swimmer Brock Turner, who was convicted on three felony counts of sexual assault and sentenced in June to six months in jail. Turner said in a statement that his decision-making abilities were impaired by the school’s “party culture.” Stanford officials said the new alcohol policy is not a result of Turner’s case, which gained national attention when the victim released an emotional statement.

“Alcohol is not an excuse. Is it a factor? Yes. But alcohol was not the one who stripped me, fingered me, had my head dragging against the ground, with me almost fully naked,” the 23-year-old woman, who was not a Stanford student, wrote in her statement. “Having too much to drink was an amateur mistake that I admit to, but it is not criminal.”

It’s an idea that hasn’t been widely tested
Similar restrictions have been instituted at other universities—notably at Dartmouth and the University of Virginia, after both came under fire for sexual assaults on their campuses. And Bates, Bowdoin and Colby colleges all have bans on hard liquor.

But the research about whether such bans are effective is limited.

A spokeswoman for Dartmouth said the school doesn’t have enough data to draw conclusions about the impact of its 2015 ban on the possession and consumption of hard alcohol on campus and at off-campus events hosted by student organizations. The spokeswoman said Dartmouth saw an increase in alcohol-related incidents with campus security and an increase in Good Samaritan calls to the Department of Safety and Security after the ban was implemented, but a decrease in alcohol-related medical incidents on campus. A survey published in March by The Dartmouth, the school’s student newspaper, found that 85% of students said they had consumed hard alcohol since the ban took effect.

“Even schools that are completely dry don’t get rid of the problem of excessive drinking,” said George Koob, director of the National Institute on Alcohol Abuse and Alcoholism. “I think at some point, [a hard alcohol ban] may have an impact. It certainly sends a warning to students that there’s a problem, but there’s really not much chapter and verse out there arguing for one beverage versus another.”

A 2001 report by Harvard University’s College Alcohol Study compared colleges that ban all alcohol to those that do not, finding that students at colleges with a ban were 30% less likely to be heavy episodic drinkers and more likely to abstain from alcohol. But the survey also found that among drinkers, students at schools with a ban engaged in as much extreme drinking and experienced the same rate of alcohol-related problems as students at schools without an alcohol ban.

It could drive drinking further underground
Stanford’s new policy specifically targets hard liquor, while allowing beer and wine to be served at on-campus undergraduate parties. The rule also prohibits students who are 21 and older from possessing containers holding more than 750 mL of hard alcohol.

“I think these kind of bans are well intentioned and obviously schools want to make their students safe, but you know, alcohol is alcohol,” said Koob. “It is true that distilled beverages will get you to a higher [blood-alcohol level] in a shorter period of time, but beyond that, it’s pretty easy to binge on beer or wine.”

He said it’s possible students will respond to a liquor ban by drinking other alcoholic beverages and frequenting off-campus bars and parties instead. And there’s also a danger that students will pre-game with hard alcohol behind closed doors in their dorm rooms before heading to on-campus parties.

“That’s the whack-a-mole concern, and it’s a real one if other prevention programs are not implemented,” Koob said.

An effective binge-drinking solution should be comprehensive, Koob said, including programs and courses for incoming college students and restrictions on how alcohol is distributed on campus, among other things.

Ralph Castro, director of the Office of Alcohol Policy and Education at Stanford, noted that pre-gaming isn’t a new problem, and he knows it’s a risk factor, but he remains optimistic the ban will contribute to an overall change in drinking culture on campus. Stanford also has an app that helps students calculate their blood-alcohol levels and has developed programs that aim to limit high-risk alcohol consumption.

It doesn’t address the problem of sexual assault on campus
Stanford Law professor Michele Dauber, who is a family friend of Brock Turner’s victim, believes that even though Stanford says otherwise, the new alcohol rule was at least partially prompted by the high-profile sexual assault case.

“He told this sort of tale of woe about Stanford’s party culture,” she said of Turner, “and sadly it seems like Stanford sort of agrees with that.”

Dauber, who has led an effort to recall the judge in Turner’s case, said she and other Stanford professors fear the new rule will lead students to drink more aggressively in a shorter period of time, without solving the problem of sexual assault.

“I just think that this policy is a ‘Look, we’re doing something’ moment, but what it’s doing is potentially more dangerous for students,” Dauber said. “It’s going to lead to people doing it secretly instead of openly, in enclosed spaces instead of in public—and potentially lead to more cases of sexual assault.”

She wants Stanford and other universities to focus less on alcohol consumption and more on the treatment of elite college athletes, safety issues surrounding Greek life and surveillance on campus.

Anna Voremberg, managing director of the organization End Rape on Campus, said in an interview with Inside Higher Ed that she does not believe alcohol bans will prevent rape.

“Schools definitely have a responsibility to prepare students for safe drinking habits. That’s important,” she said. “But putting such policies in the context of preventing sexual assault misses the mark.”

Castro said he understands the concerns, but added that there are connections between different campus problems, including sexual assault and binge drinking. “Nothing’s in a vacuum,” he said.

“Obviously the issue of sexual violence is a live conversation on campus, and we’re all involved in those discussions, but we’re very careful and clear to distinguish between the two,” Castro said. “My lens of looking at this is: How can I impact the alcohol culture to lessen the impact that this is going to have on students’ emotional functioning, academic functioning, physical functioning.” 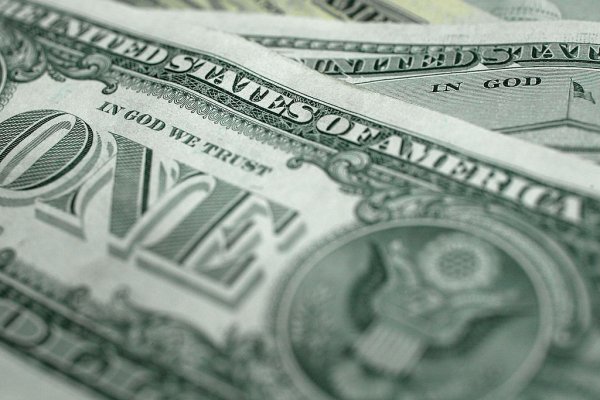