Here’s When You Can Get a Pumpkin Spice Latte

Fall may not officially begin until late September, but for those who want to get a head start on celebrating the arrival of sweater weather, the annual pumpkin spice latte frenzy will soon begin sweeping the nation.

The cinnamon-y sweet beverage has become an all-American staple over the past few years, motivating companies who sell the infamous — and meme-able — drink to get in on the action as early as possible. Here’s when the PSL is set to debut at most major coffee chains.

Starbucks: The Bux has yet to announce the release date of this iconic drink, but customers will probably be able to get their hands on one around Sept. 8 — the date the 2015 version of the latte was launched.

Dunkin’ Donuts: Dunkin’ has already started rolling out its pumpkin-flavored coffees — including the PSL — in select locations. The full seasonal selection will be available nationwide Aug. 29, according to Delish.

McDonald’s: The McCafe Pumpkin Spice Latte is returning to Mickey D’s across the country for the first time in three years on Aug. 31.

Tim Hortons: Timmy Ho’s summery take on the PSL — Pumpkin Spice Iced Capps — have been back on the menu since Aug. 15.

Caribou Coffee: Everything pumpkin will officially be available at Caribou on Aug. 25, but Perks members can already try all the new fall drinks early for 10 percent off. 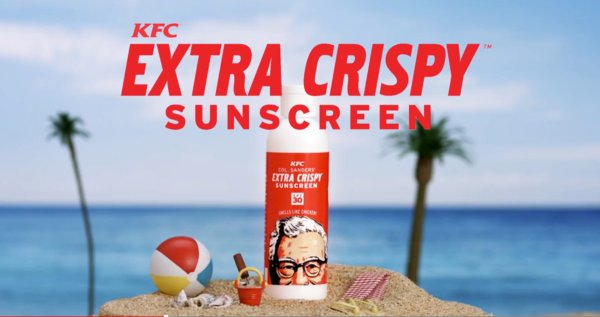 KFC Introduced Fried-Chicken-Scented Sunscreen to Keep You From Turning 'Extra Crispy'
Next Up: Editor's Pick