Stephen Colbert has been on a break from The Late Show during the Olympic Games, but he returned Monday night for to have some fun with Olympic swimmer Ryan Lochte’s exclusive interview about the whole “overexaggerated” robbery story he reported happened in Rio.

Lochte, of course, already sat down with the Today show’s Matt Lauer to explain his version of the incident that made international headlines, but Colbert decided to re-use the same interview, taking short clips from the real interview and re-contextualizing for his audience’s entertainment.

In the fake interview, Colbert demands answers, and Lochte’s explanation was simple: “I over-exaggerated that part.” And Lochte had a great answer for everything: “I was intoxicated.”

Colbert also poked fun at the swimmer during his monologue, suggesting that Lochte consider a run for president.

“Now the whole world thinks that Ryan Lochte is that crazy American with the weird hair who keeps making stuff up and causing an international incident, which is not how an Olympian acts,” Colbert said. “That is how a presidential candidate acts.” 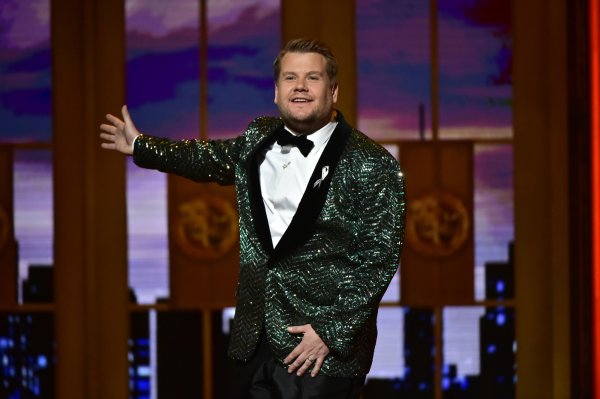