Things got political during Monday night’s episode of Jimmy Kimmel Live!, as Kimmel chatted with Democratic presidential nominee Hillary Clinton after sharing some news about his own vice presidential bid.

The host took a moment during his opening monologue to denounce an ad attacking his campaign that was launched by longtime rival Matt Damon. He then aired the spot — which pulled from footage of the pranks Kimmel has played on Damon throughout their infamous feud — for all to see.

“Can Jimmy Kimmel really be trusted?” Damon says. “Time and time again, he has proven to be deceitful, duplicitous, a liar. Why does Jimmy Kimmel mislead people? Humiliate them? Physically assault them? And make them dress up like fruit for no reason.” 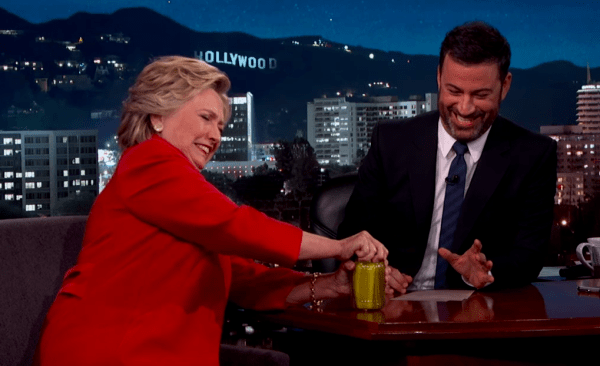 Hillary Clinton Proves She's Not Dying
Next Up: Editor's Pick