Running a city, especially one with more than 20 million people, is no easy task. Running it from inside a jail cell is infinitely more difficult.

But that’s exactly what Waseem Akhtar — the new mayor of Pakistan’s largest city, Karachi — will be doing, the Guardian reports.

Akhtar, a former lawmaker, will take over as mayor from the city’s central prison, where he has been held for more than a month. The charges against him include arranging medical care for alleged terrorists and inciting riots across the city in 2007.

He was put forth as the mayoral candidate of the Muttahida Qaumi Movement (MQM) — a party that holds considerable sway in the city’s politics despite being at odds with the country’s powerful military — in December. The party’s control of the Karachi Metropolitan Corporation, whose members elect the mayor and are set to do so on Wednesday, makes it all but certain that he will be the city’s new leader.

“Obviously he should be on the ground to do his work but we just have to work around it,” MQM senator Nasreen Jalil said. “We will ask the government to let him have an office in jail.” 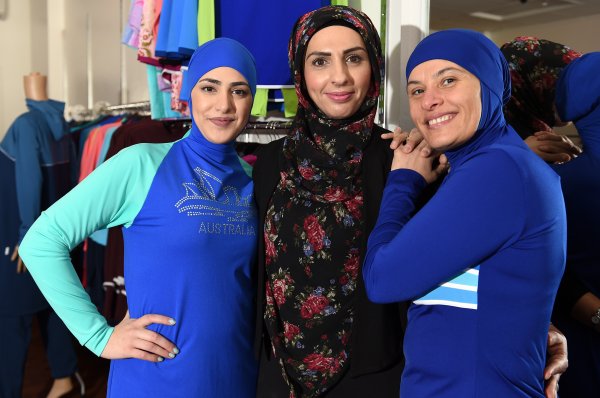 'Burkini' Designer Says Sales Are Up Following Ban in French Towns
Next Up: Editor's Pick