Japanese First Lady Akie Abe visited Hawaii’s Pearl Harbor Sunday, where she paid tribute to the several thousand Americans who died when Japanese forces attacked the navy base in December 1941.

“I have been to Hawaii many times but I have never been to Pearl Harbor,” Abe told a Japanese media outlet, according to Reuters. “Over the past year … I have had many chances to think about [World War II], and I felt a strong urge to visit at least once in my lifetime.”

The Japan Times reports that she visited the site — where she said a prayer and placed flowers — shortly before 8 a.m., the same time at which Japanese forces commenced the surprise assault on the base on Dec. 7, 1941. The attack pushed the U.S. into World War II.

Japanese authorities made it clear that Abe’s visit was an “unofficial” one — she came to the site as a private citizen, not in any capacity related to her role as First Lady. Still, news of the trip has kindled discussion over whether her husband, Prime Minister Shinzo Abe, would also visit Pearl Harbor. No incumbent Japanese Prime Minister has ever done so, the Japan Times reports.

More than seven decades after the end of World War II, the memory of the conflict continues to tint outward shows of diplomacy between the U.S. and Japan. In May, President Obama became the first sitting U.S. President to visit Hiroshima, where in August 1945 the U.S. dropped one of two atomic bombs. Though Obama did not directly apologize for the U.S.’s actions, which effectively brought World War II to a close, his message was one of reconciliation. “The United States and Japan have forged not only an alliance but a friendship that has won far more for our people than we could ever claim through war,” he said in his remarks at the time. 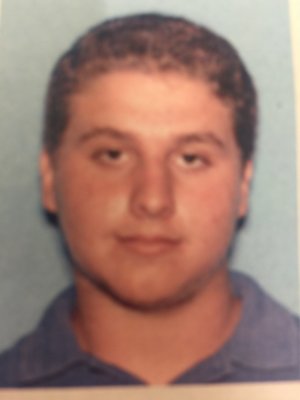 Family of Man Found Biting Murder Victim's Face Off Offer Condolences: 'There Are No Words'
Next Up: Editor's Pick