The Canadian government is politely requesting that Americans not bring their guns when traveling up north, after two Americans attempted to enter the country with firearms.

The Canada Border Services Agency announced Monday that it was launching a new awareness program aimed at educating travelers from the U.S. about the country’s firearms laws.

“It is strongly recommended that you not carry your firearm when traveling to Canada and/or transiting through Canada to reach another U.S. destination,” the agency said in a statement. “However, should you choose to travel with your firearms, you must declare all firearms in your possession at the first Canadian designated port of entry.”

Handguns and semi-automatic rifles that are popular in the U.S. are tightly restricted in Canada, according to the Toronto Star.

The announcement comes a week after two different men from Texas attempted to enter Canada with guns that they claimed they did not have, the Star reports. The men were fined, kicked out of Canada and had their firearms destroyed. 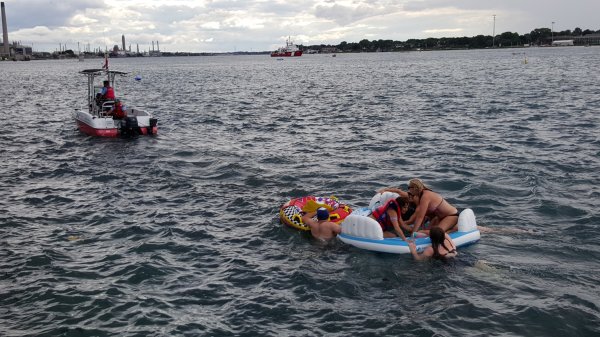 Hundreds of Americans Illegally Float Into Canada After River Party Goes Wrong
Next Up: Editor's Pick