Veterans Are Key Allies in the Fight to Reduce Gun Violence

Ideas
By Gen. Peter Chiarelli
Chiarelli is a retired General in the U.S. Army

Tony Brown was a brave soldier with an incredible spirit.

After graduating college in 2008, he joined the U.S. Army and served an 11-month tour in Kuwait. He was awarded the Meritorious Service Medal, two Army Achievement Medals, and two Army Reserve Component Achievement Medals for his service to our country.

Deploying overseas as Tony did is dangerous and risky. But it turns out that it’s not as dangerous as going out on a Saturday night here at home.

On June 12, 2016, Tony Brown and 48 others were murdered with a gun in the deadliest mass shooting in our nation’s history at the Pulse nightclub in Orlando, Fla. Tony was 30-years-old.

As a veteran of our armed forces and as an American, I am sickened that a soldier like Tony was taken from his family in a gun tragedy here at home.

The Pulse nightclub shooting was yet another painful reminder that our nation is in the grips of a gun violence crisis.

This should anger us. It should make us want to do better. And we can.

While our gun-violence crisis is complex, there is no doubt that our weak, gap-ridden gun laws help fuel the violence by making it too easy for dangerous people to access firearms.

Right now under federal law, felons, domestic abusers and the dangerously mentally ill have the option of buying a gun without a background check and with no questions asked. Even people who are considered by the the Federal Bureau of Investigation to be a known or suspected terrorist can pass a background check and legally buy a gun.

Extremist groups like al-Qaeda and ISIS have long urged their followers to use our country’s weak gun laws to acquire deadly weapons and commit active shooter terrorism here in America.

So why has Congress refused to act to address these loopholes and to keep guns from falling into the wrong hands?

Congress in the grips of the Washington gun lobby.

For years, the gun lobby has done everything in its power to protect these dangerous loopholes in our laws. Every time tragedy strikes our nation, its members use extreme tactics to push smoke-and-mirror bills that don’t do nearly enough to keep guns out of the hands of dangerous people like terrorists, felons and the dangerously mentally ill.

There is a better way forward.

Earlier this year, I joined the Advisory Committee of the Veterans Coalition for Common Sense, a national initiative of distinguished veterans from all branches and ranks of the military who are committed to advancing commonsense solutions to gun violence here at home.

Some of us are combat veterans. Some of us are gun owners. All of us were trained in the responsible use of firearms and to have respect for their incredible power. All of us swore an oath to defend our Constitution and to defend the homeland. And we all agree on this: our country is in the grips of a gun-violence crisis.

We know there is no single policy that will prevent every gun tragedy here on our home soil, but we cannot afford to let perfect to be the enemy of good—not when innocent lives are at stake.

The policies we support—closing the loopholes in our background check system and prohibiting known and suspected terrorists from legally buying guns—are not controversial. In fact, we are not asking our leaders to do anything that is not supported by the overwhelming majority of Americans, including gun owners. We are simply asking them to use common sense to save lives.

As veterans, we think we have a responsibility to leave to our kids and grandkids a country that is safer from gun violence. We know that something must be done.

And we hope you’ll join us in this fight for safer communities. 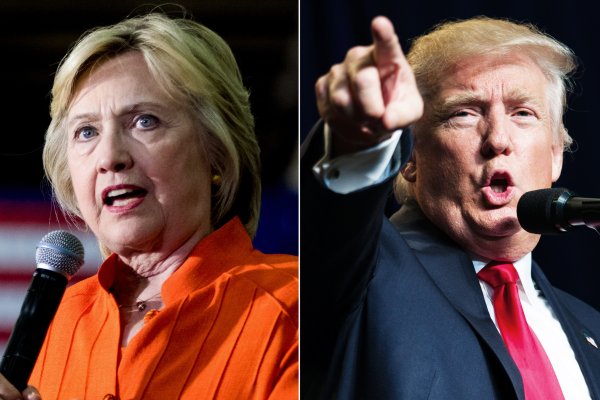 This Election Is the Baby Boomers' Last Hurrah
Next Up: Editor's Pick