Don’t Worry, Be Gloomy: Negative Feelings Have Benefits Too

It’s been 53 years since the smiley face—that bright yellow circle with the schematic grin and black-dot eyes—first appeared.

Hundreds of millions of “Have a Nice Day” buttons, T-shirts, and coffee mugs later, it’s as iconic as the red, white, and blue. (And why not? After all, the “pursuit of happiness” is front and center in America’s Declaration of Independence.)

In the digital age, the smiley face morphed into the emoticons and emojis that pop up everywhere. And with each advance—or, some might say, regression—in our consumer culture, in which marketers hustle to fulfill desires we didn’t even know we had, the blissed-out state of Mr. Smiley becomes ever more the Holy Grail, the organizing principle of our existence.

Given a choice, we’d probably prefer to be slaphappy all the time, and there are advantages to that pleasurable state. More “positive” emotion is linked to a lower risk of various psychological illnesses, including depression, anxiety, and borderline personality disorder.

Positive emotions also drive us to success, help us make better decisions, reduce the risk of disease and allow us to live longer. In some cases, they even help broaden how we think and act by directing our attention to new information and opportunities. They help build vital social, physical and cognitive resources that lead to positive outcomes and affiliations.

Considering all of this, you might presume happiness ranks right up there with food and sunshine in its contribution to human well-being. But it is possible to have too much of a good thing—to not only be too happy but also experience the wrong types of happiness, and to go about trying to find happiness in the wrong ways and at the wrong time.

I’m not saying it’s better to go around in a funk all the time. But I hope to get you to keep the pursuit of happiness in perspective, and to see your “negative” emotions in a new and more accepting light. In fact, I strongly submit that describing them as “negative” only perpetuates the myth that these useful feelings are, you know, negative.

Health.com: How You Answer This Question May Say A Lot About Your Happiness

The downside of happiness

When we’re overly cheerful, we tend to neglect important threats and dangers. It’s not too big a stretch to suggest that being excessively happy could kill you. You might engage in riskier behaviors like drinking too much (“A fifth round on me!”), binge eating (“Mmm, more cake!”), skipping birth control (“What could possibly go wrong?”), and using drugs (“Let’s party!”). An excess of freewheeling giddiness and a relative absence of more sober emotions can even be a marker for mania, a dangerous symptom of psychological illness.

People with high happiness levels sometimes exhibit behavior that is actually more rigid. That’s because mood affects the way our brains process information. When life is good, and when the environment is safe and familiar, we tend not to think long and hard about anything too challenging—which helps explain why highly positive people can be less creative than those with a more moderate level of positive emotion.

When we’re in an “everything is awesome!” mood, we’re far more likely to jump to conclusions and resort to stereotypes. The happy more often place disproportionate emphasis on early information and disregard or minimize later details. This typically takes the form of the halo effect, in which, for example, we automatically assume that the cute guy we’ve just met at the party is kind, just because he wears cool clothes and tells funny jokes. Or we decide that the bespectacled, middle-aged man with a briefcase is more intelligent or reliable, say, than the 22-year-old blonde wearing hot pink Juicy Couture shorts.

“Negative” moods summon a more attentive, accommodating thinking style that leads you to really examine facts in a fresh and creative way. It’s when we’re in a bit of a funk that we focus and dig down. People in negative moods tend to be less gullible and more skeptical, while happy folks may accept easy answers and trust false smiles. Who wants to question surface truth when everything is going so well? So the happy person goes ahead and signs on the dotted line.

The paradox of happiness is that deliberately striving for it is fundamentally incompatible with the nature of happiness itself. Real happiness comes through activities you engage in for their own sake rather than for some extrinsic reason, even when the reason is something as seemingly benevolent as the desire to be happy.

Striving for happiness establishes an expectation and confirms the saying that expectations are resentments waiting to happen. That’s why holidays and family events are often disappointing, if not downright depressing. Our expectations are so high that it’s almost inevitable we’ll be let down.

In one study, participants were given a fake newspaper article that praised the advantages of happiness, while a control group read an article that made no mention of happiness. Both groups then watched randomly assigned film clips that were either happy or sad. The participants who had been induced to value happiness by reading the article came away from viewing the “happy film” feeling less happy than those in the control group who had watched the same film. Placing too high a value on happiness increased their expectations for how things “should be,” and thus set them up for disappointment.

In another study, participants were asked to listen to Stravinsky’s “The Rite of Spring,” a piece of music so discordant and jarring that it caused a riot at its 1913 debut. Some participants were told to “try to make yourself feel as happy as possible” while they listened to the music. Afterward, they evaluated themselves as being less happy compared with a control group that was not chasing Mr. Smiley.

The aggressive pursuit of happiness is also isolating. In yet another study, the higher the participants ranked happiness on their lists of objectives or goals, the more they described themselves as lonely on daily self-evaluations.

Happiness also comes in a variety of cultural variations that open up the possibility of being happy in the wrong way. In North America, happiness tends to be defined in terms of personal accomplishment (including pleasure), whereas in East Asia, happiness is associated with social harmony. Chinese Americans prefer contentment, while Americans with European backgrounds prefer excitement. Japanese culture is built around loyalty, with its connection to guilt, whereas American culture embodies more socially disengaged emotions, such as pride or anger. To be happy within a given culture depends more than a little on how in sync your feelings are with that culture’s definition of happiness.

In short, chasing after happiness can be just as self-defeating as brooding and bottling up your emotions. It’s yet another coping mechanism for discomfort with “negative” emotions and our unwillingness to endure anything even remotely associated with the dark side.

Health.com: Your Guide to Positive Thinking

While it’s certainly not healthy to constantly stew in negative emotions, there are some positive things that sadness, anger, guilt, or fear can do.

Help you form arguments. You’re more likely to use concrete and tangible information, be more attuned to the situation at hand and be less prone to making judgment errors, all of which lends an aura of expertise and authority that can make you a more persuasive writer and speaker.

Improve your memory. One study found that shoppers remembered much more information about the interior of a store on cold, gloomy days when they weren’t feeling so exuberant than they did on sunny, warm days when life felt like a breeze. Research also shows that when we’re in a not-so-good mood, we’re less likely to inadvertently corrupt our memories by incorporating misleading information.

Encourage perseverance. When you already feel great, why push yourself? On academic tests, an individual in a more somber mood will try to answer more questions—and get more of them right—than he or she will when feeling cheerful.

Up your generosity. Those in negative moods pay more attention to fairness and are more apt to reject unfair offers.

Boost your ability to reason. In a study of people with strong political opinions, those who were angry chose to read more articles that opposed their positions instead of practicing confirmation bias, the common tendency to seek out info that supports what we already believe to be true. After exploring these contrary views, they were more willing to change their minds. It seems that anger produces a “nail the opposition” mentality that encourages us to explore what the other guy has to say in order to tear it apart—ironically leaving the door open to being persuaded. 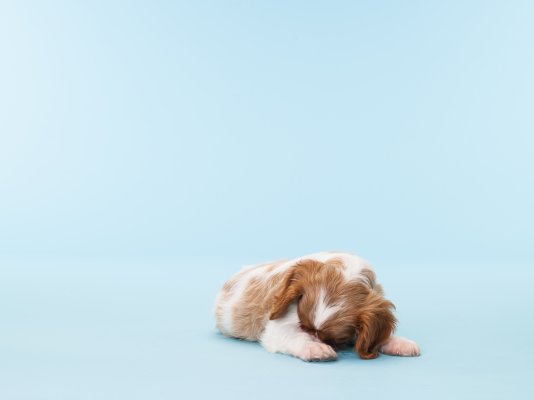 7 Ways to Relieve Your Dog’s Anxiety
Next Up: Editor's Pick