As film genres go, pornography is the most divisive; few art forms elicit such ardently different feelings from critics and fans. Now a new study suggests that pornography may actually physically divide people too, namely those who are married.

The paper also finds that stopping porn-watching lowers the likelihood of divorce for women, though not for men.

While porn’s effects on relationships has been much discussed in academic literature, and even this magazine, this is the first study—if its findings hold up under peer review—that traces the effect on marital stability.

The authors used longitudinal data from the General Social Survey, which tracks, among other things, marital happiness, porn-consumption and marital status. It analyzed results from more than 2000 participants over three time periods, focusing in on participants whose porn-watching habits altered during that period. That is, the individuals did not watch pornography when first interviewed but had taken it up by the time of their second interview, or they did watch during their first interview but had given it up by the second.

Read More: How to stay married

“While a similar number of positive and negative perceived effects were identified, generally speaking, positive effects of pornography use were reported more frequently than negative consequences by participants,” says the study, which was published in the Archives of Sexual Behavior, “and there was a predominant tendency for participants to reject the view that pornography contributes to negative consequences.”

While that study was of real people, and not just numbers, the sample size is small and was recruited by an ad that asked for people to talk about pornography and their relationship, which may mean that it drew a population more comfortable with their and their partner’s porn-watching habits in the first place, and therefore less likely to report negative effects. 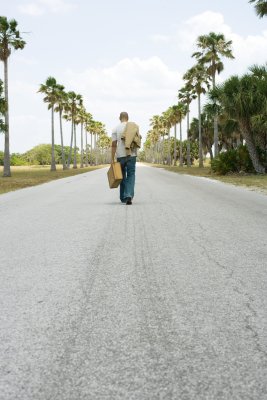 Men Without Full-Time Jobs Are 33% More Likely to Divorce
Next Up: Editor's Pick