Ethiopia's Feyisa Lilesa (silver) crosses the finish line of the Men's Marathon athletics event during the Rio 2016 Olympic Games at the Sambodromo in Rio de Janeiro on August 21, 2016. Lilesa crossed his arms above his head as he finished the race as a protest against the Ethiopian government's crackdown on political dissent.
ADRIAN DENNIS—AFP/Getty Images
By Melissa Chan

The Olympic runner from Ethiopia who defiantly made an anti-government gesture at the finish line of the men’s marathon Sunday will receive a “heroic welcome” and not face prosecution, a government spokesman said Monday.

Feyisa Lilesa crossed his arms above his head to draw attention to deadly protests in Oromia, his home region in Ethiopia, as he secured his second-place win at the end of the event of the Rio 2016 Olympic Games, the Associated Press reported. He told reporters that he may be killed or imprisoned if he ever returns home, where protesting is “very dangerous.” 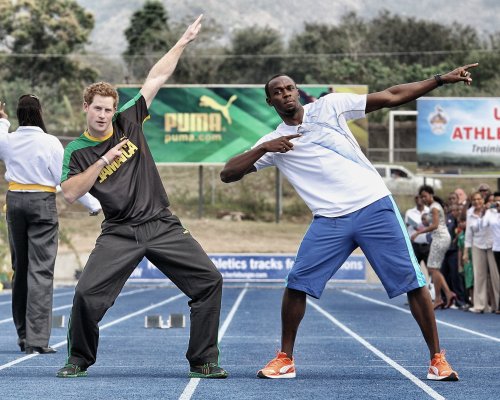 Prince Harry Sends Usain Bolt a Challenge on His Birthday
Next Up: Editor's Pick