Hillary Clinton’s campaign has reserved nearly $80 million in television advertising this fall, according to a senior aide, widening her lead over Donald Trump on the airwaves.

The campaign will spend nearly $77 million in September and October, in addition to more than $3 million for the rest of August, the aide said, part of voter targeting on the airwaves ongoing in eight states: Florida, Pennsylvania, Ohio, North Carolina, Iowa, Nevada, New Hampshire and the congressional district centered in Omaha. (Nebraska is one of two states that splits its Electoral College votes by congressional district.)

With polls showing Clinton with a significant lead over Trump nationwide, the Clinton campaign has chosen not to spend on ads in Virginia and Colorado, reflecting the campaign’s confidence in her lead in two states that have become increasingly Democratic.

The new Clinton ad spending is in contrast to Donald Trump, who launched his first general-election television ad last week with a plan to spend $4.8 million over 10 days in Florida, North Carolina, Ohio and Pennsylvania. Clinton’s campaign has already aired about $70 million in advertising in those states as well as in Colorado and Virginia since beginning general election advertising in mid-June.

Clinton sees a wide path to victory over a number of battleground states, while Trump’s more limited ad buy reflects that he is eyeing a narrower field of states.

On Monday Clinton revealed a new ad that targets Trump for his lack of “steady leadership,” “calm judgement” and “clear thinking,” showing television clips of Trump swearing. “All it takes is one wrong move,” a narrator says ominously. “I would bomb the s–t out of them,” Trump is heard saying in the ad with the White House in the background. “Just one,” says the narrator, to the sound of a bomb.

The Clinton campaign has cast a much broader net in fundraising, fueling much of her ad spending: this past weekend, she attended several fundraisers including in Nantucket, Martha’s Vineyard and on Cape Cod. 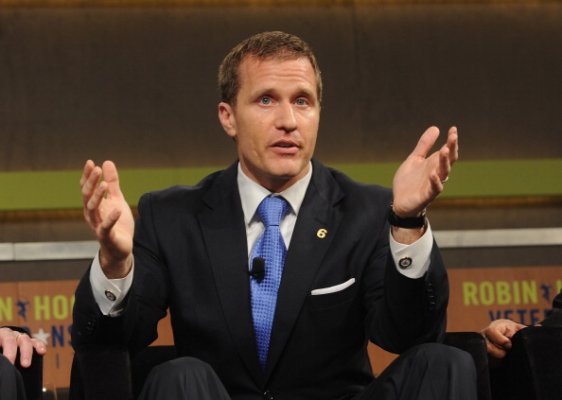 Watch a Candidate Shoot a Machine Gun in This New Campaign Ad
Next Up: Editor's Pick