A group of four vandals pushed three crocodiles through a broken window into a school office in Australia on Sunday, and now face a fine almost $40,000 for animal cruelty.

Security camera footage shows three saltwater crocodiles, with the largest about 6 ft. long, being propelled through a flap in the the office door window at Taminmin College in the northern town of Humpty Doo. The group of people, who appear to have their shirts wrapped around their heads, proceed to trash the office quickly before fleeing.

Wildlife rangers rescued the three crocodiles from the office and David Gregory, Senior Constable for the Northern Territory Police, said the animals were found with their mouths taped and not in great shape.

“They haven’t seen water for a long time and are undernourished,” Gregory said.

It’s unclear where the crocodiles came from and what motivated the vandals to drop them into a school office over the weekend, but rangers suspect they originated from a nearby crocodile farm. One ranger said they may have to be put down upon their return, the Australian AP reports.

Watch the footage above to see the strange crime take place. 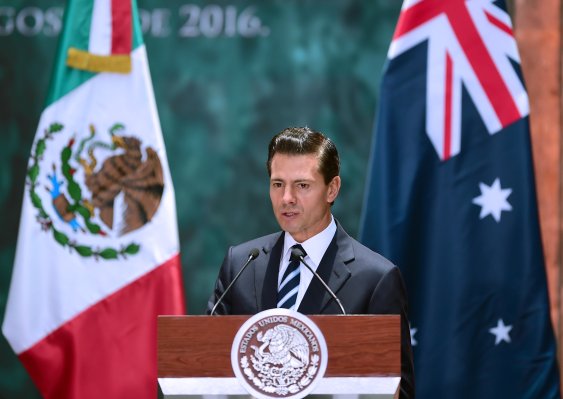