Apple's Latest Acquisition Gives a Hint Towards its Future

Apple has acquired a California-based startup that’s been working on a platform for users to store and manage their personal health data, Fast Company reports. The acquisition happened earlier this year; the company is just now confirming it.

The startup, Gliimpse, was relatively small, having only $1 million in funding since launching in 2013, according to CrunchBase. And Apple did not reveal terms of the deal, instead offering FastCo the company’s boilerplate acquisition comment: “Apple buys smaller technology companies from time to time, and we generally do not discuss our purpose or plans.”

That said, Apple’s interest in the firm is another signal of the company’s growing interest in personal health and wellbeing. The company has already rolled out health software like HealthKit (which aims to provide users a one-stop-shop for their personal health data) and ResearchKit (designed to let researchers gather data from subject’s devices). The Apple Watch, meanwhile, is rumored to be getting a big health-oriented revamp in the coming weeks.

What explains Apple’s healthcare projects? The company’s CEO, Tim Cook, has offered two reasons in recent interviews. First, the death of former Apple CEO Steve Jobs clearly impacted Cook on a personal level, perhaps driving the company’s efforts. “I know this sounds probably bizarre at this point, but I had convinced myself that he would bounce, because he always did,” said Cook of his predecessor in an interview with The Washington Post. (Cook volunteered to donate a piece of his liver to the ailing Jobs; Jobs refused the offer.)

But Cook also spies a business opportunity in the nearly $3 trillion healthcare industry as the company faces flagging hardware sales. Here’s an excerpt from another recent Cook interview, this one with FastCo’s Rick Tetzeli: 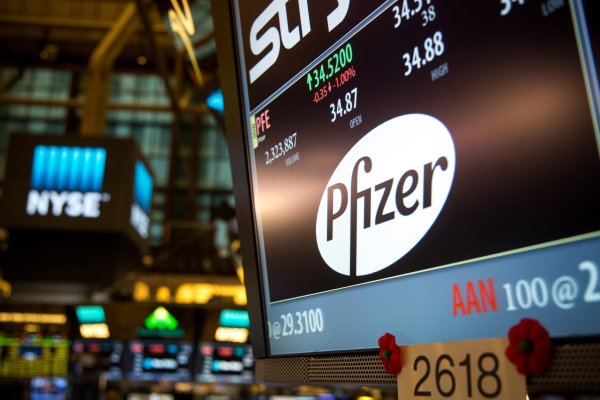 Pfizer to Buy Cancer Drug Firm Medivation for $14 Billion
Next Up: Editor's Pick