The older brother of Omran Daqneesh—the 5-year-old Syrian boy who appeared, shocked and bleeding, in a photo that circulated around the world this week—has died from injuries sustained in the airstrike that hit his family’s home in Aleppo on Wednesday.

Ali Daqneesh, 10, died after suffering internal bleeding and organ damage, Reuters reported, citing the Syrian Observatory for Human Rights and a witness who was present at the time of his death. The Aleppo Media Center, an anti-government activist organization in Syria, confirmed in an email that Ali died Saturday morning. The group said his sister and mother are still in the hospital, recovering from injuries sustained in the airstrike.

Read more: The Boy in the Ambulance

Omran Daqneesh was pulled from the rubble after the explosion, and rescuers said he was briefly hospitalized but doing well. Footage of the young boy seated alone in an ambulance quickly circulated as a symbol of the turmoil and devastation caused by Syria’s civil war. 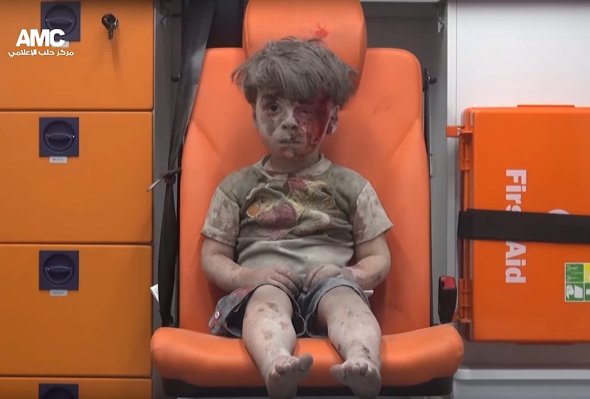 What Life Is Like for the Aleppo's Children
Next Up: Editor's Pick