Developers have been able to use an early version of the software since March. But over the coming weeks, the final iteration of Android 7.0 Nougat will be making its way to the Nexus 6, Nexus 6P, Nexus 5X, Nexus 9, Nexus Player, Pixel C, and General Mobile 4G, which is part of Google’s Android One program. Any device enrolled in the Android Beta Program will also get the update, while LG’s V20 will be the first phone to come with the software out of the box when it debuts later this year.

Android 7.0 Nougat brings several upgrades to Google’s mobile software, including 72 new emoji characters, the ability to open more than one app at the same time in separate windows, and support for Google’s mobile virtual reality platform, called Daydream, among other additions. Google says there are 250 new features in total.

Google doesn’t typically allow developers to access the beta version of its new Android software so far ahead of its release. This year, however, the company gave app makers a longer lead time so they could optimize their software for the new platform closer to its official launch.

Because Android is open source and available across a wide range of products made by different manufacturers, the wait for a new software update can sometimes take months depending on which phone you own. When Google releases a new version of Android, it must be approved, and, in some cases, modified by handset manufacturers and carriers before it arrives on your phone. This is why updates don’t reach all Android devices at the same time, as Apple’s iOS updates typically do for iPhones. The fact that Google has granted earlier access than usual to its beta program this year suggests it’s trying to expedite the rollout process moving forward. 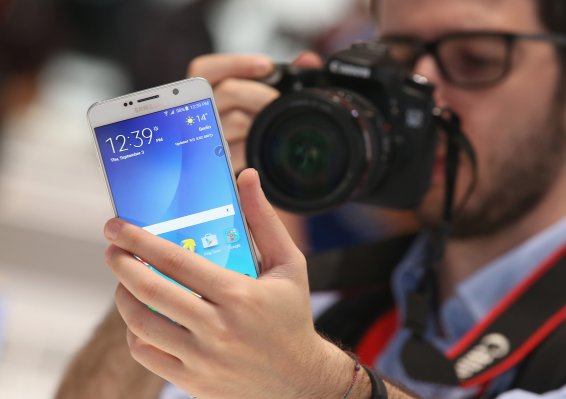 Samsung Planning to Sell Refurbished Smartphones
Next Up: Editor's Pick