Perennial hit-making band Coldplay released a new music video for “A Head Full of Dreams,” the earnest titular song on their latest (and last) album on Friday. The video harkens back to an era of grainy found footage photography, taking us through scenes of Mexico City while sampling a voiceover from Charlie Chaplin’s 1940 film The Great Dictator.

“We all want to help one another — human beings are like that. We want to live by each other’s happiness, not by each other’s misery. We don’t want to hate or despise each other,” the narration goes. “For those who can hear me, I say, do not despair. The misery that is now upon us is but the passing of greed, the bitterness of men who fear the way of human progress.”

It isn’t until over a minute into the video that Chris Martin and his cohort appear in the arty, vintage-style shots, cruising on bicycles through the Mexico City streets as the song (and life outlook) picks up. It’s no Viva la Vida, but it is a nice pick-me-up of a tune, in classic Coldplay style. 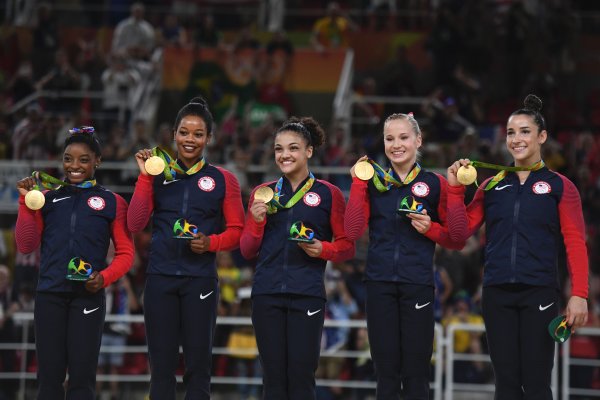 Simone Biles Reveals What's Next for the 'Final Five' Gymnasts
Next Up: Editor's Pick