Paul Manafort has resigned his post as chairman of Donald Trump’s campaign after staff changes and questions about his links to Ukraine’s former pro-Russia regime.

“This morning Paul Manafort offered, and I accepted, his resignation from the campaign,” the Republican presidential nominee said in a statement. “I am very appreciative for his great work in helping to get us where we are today, and in particular his work guiding us through the delegate and convention process. Paul is a true professional and I wish him the greatest success.”

The move comes just two days after a staff shake-up brought on Stephen Bannon, formerly of right-wing Breitbart News, as the new campaign CEO, and promoted pollster Kellyanne Conway to campaign manager. At the time, Manafort send an email to the staff welcoming Bannon and saying he planned to stay on as chairman “providing the big-picture, long-range campaign vision and working with all of you to implement our strategy that will guide us to victory in November.”

Manafort became embroiled in controversy earlier this week after a New York Times report found that political leaders in Ukraine earmarked millions in undisclosed cash for him. Manafort said the findings were “unfounded, silly, and nonsensical.”

Manafort was hired by the Trump campaign in March to be the convention manager and work on delegate issues. He took over the campaign in June when Trump’s former campaign manager Corey Lewandowski was fired. Manafort has been an operative in Republican circles for years, working as an adviser to the presidential campaigns of Republicans Gerald Ford, Ronald Reagan, George H.W. Bush and John McCain, among others.

He also has worked as a consultant or lobbyist for controversial foreign leaders, including Phillippine dictator dictator Ferdinand Marcos in 1985 and pro-Russian candidate Viktor Yanukovych in Ukraine in 2010, the Guardian reports. 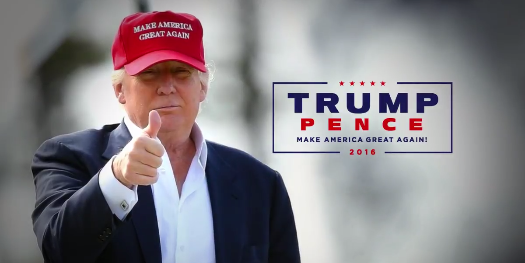