Jamaica's Usain Bolt celebrates after he won the Men's 200m Final during the athletics event at the Rio 2016 Olympic Games at the Olympic Stadium in Rio de Janeiro on Aug. 18, 2016.
Martin Bernetti—AFP/Getty Images
By Ashley Hoffman

Just like the 31-year-old Cavalier, Bolt pushed his hands down and brought his knees up a few times and smacked his chest. James took to Twitter to let everyone know he recognized the move as his own. James has been following Bolt closely and the basketball player even has an affectionate nickname for the reigning 100m and 200m Olympic champion: “Cheetah.”

The world’s fastest man didn’t just pull the LeBron move. He also did his signature “To Di World” for the camera. Bolt may have missed the world record, but celebratory moves are in order, as this was his eight gold medal, and he finished with a 19.78-second time. On Sunday, Bolt pulled another Bolt move and became the first man in the history of the Olympics to win the 100m race three times in a row.

Watch James and Bolt “twinning” below. 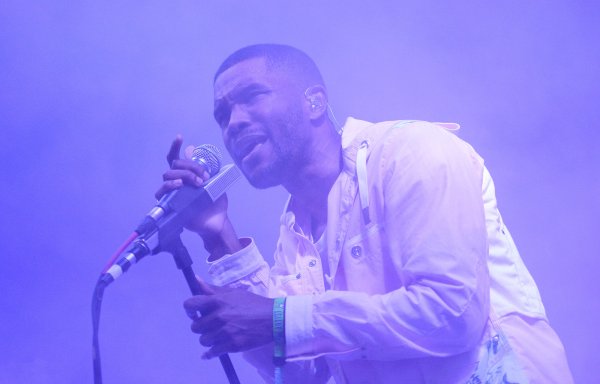 Frank Ocean Finally Released New Music and the Internet Has All the Feelings About It
Next Up: Editor's Pick