Having a space of your own is one of the main goals of independence as you grow from a teenager into an adult. For many kids, this means college. Finally, a place they can breathe without their mom’s old sofas crowding them, without their dad’s love affair with patterned wallpaper reminding them of their childhood foibles every moment of the day.

Most semesters, these kids shuffle into their dorm rooms with their mismatched bedding, a hand-me-down desk and maybe a few framed pictures. They tack their university-bought throwback Beatles and Scarface posters to the cinderblock walls. They stock their mini-fridges with beer and a couple of water bottles for good measure.

No one looks at this sideways. It’s college décor. So what’s the difference between that and matching footstools, monogrammed towels and engraved, personalized wall hangings?

Money? A taste for design? A Pottery Barn magazine?

When we make snide remarks about the young Ole Miss students who are taking part in a tradition there and gussying up their rooms, what we’re really doing is perpetuating stereotypes of women that hold them down. If a young woman has the means to deck her room out in matching fabric and that’s what she wants to do to express herself, it’s no different from old posters pasted haphazardly to the wall. Society just takes those women from the “sigh, college students” box and places them in the “sigh, spoiled mama’s girls” box. It categorizes them as prissy, spoiled, high-maintenance women who put too much emphasis on appearance. But who are we to make that call? We don’t know them.

When I went to school, I brought a pink rug with roses along the borders from my childhood bedroom. My roommate threw up on it within three weeks. That was the last time we tried to carpet the cold, unforgiving cement-like floors of the dorms. Still, we hung tapestries and Christmas lights. We made collages and painted picture frames. We got that lava lamp. We tried to make it a home.

No one shamed us. No one laughed at us (other than the previous generation rolling their eyes at our newfound originality). We were normal college kids doing normal college things. Room décor was small priority in comparison to the education we were to be receiving. Room décor was not the point. It’s still not.

It would be remiss not to point out that class politics plays a role here, with many people unable to afford university-level schooling and many more who will be left with decades’ worth of debt after it’s done. Still, making fun of rich girls isn’t going to make the poor girls any less poor, and in the grand scheme of things, $1,000 on some duvets and monogrammed stuff is a drop in the bucket when shelling out for tuition.

It’s my firm opinion, therefore, that we should leave these kids alone. They want to tweet their dorm rooms in some kind of competition? Fine. It’s not newsworthy, and it shouldn’t make us clutch our pearls (or our Hot Topic chokers). It’s just kids being kids, maybe in a different way from what we are used to seeing.

My girls are only 8-years-old right now, and I’m already saving for college, putting pennies at a time away for them, so that they might possibly be able to afford an education 10 years down the road.

If they want to decorate their room in pure-spun gold, it will be none of my business, although it won’t be on my dime.

As a friend of mine aptly pointed out, at the end of the day, no matter how you’ve covered your dormitory bed, you’re still sleeping on a two-inch mattress that seven other people have had sex on. May as well allow students to make that as comfortable for themselves as possible. 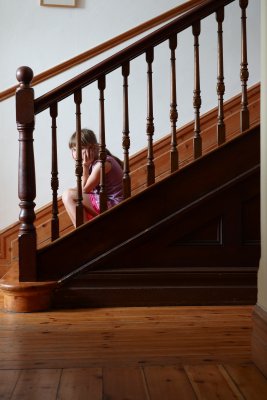 What to Do When Your Kids Won't Listen to Reason
Next Up: Editor's Pick