An orthodox Jew is recovering in hospital after he was attacked by a man with a knife in the French city of Strasbourg on Friday.

The victim, named locally as Mr Levy, was wearing “distinctive religious signs” when he was attacked, according to the AFP newswire. Once injured, he took shelter in a bar next door where he was aided by members of the public.

Officers have arrested a man who reportedly has a “psychiatric history” and is known for committing similar offenses, and are carrying out an investigation into the incident. Witnesses reportedly said the attacker shouted “Allahu Akbar,” but these accounts were not independently confirmed.

Mendel Samama, a Rabbi based in Strasbourg, told local newspaper Le Journal du Dimanche that the victim is “stable” and is “aware of being a miracle” as he was stabbed in his abdominal region just centimeters away from a vital organ.

“I just spoke to Mr. Levy, victim of a knife attack. His situation is stable. Pray for his quick recovery,” the Rabbi wrote on Twitter. Strasbourg, in north-eastern France, is home to a large community of 15,000 Jews, who make up around 5% of the city’s population.

France has been on high alert following a spate of attacks across the country since the Paris attacks last November. In July, a Catholic priest was slaughtered by two 19-year-old Islamists who stormed a church in the small French town of Saint-Etienne-du-Rouvray, and took hostages during morning mass. 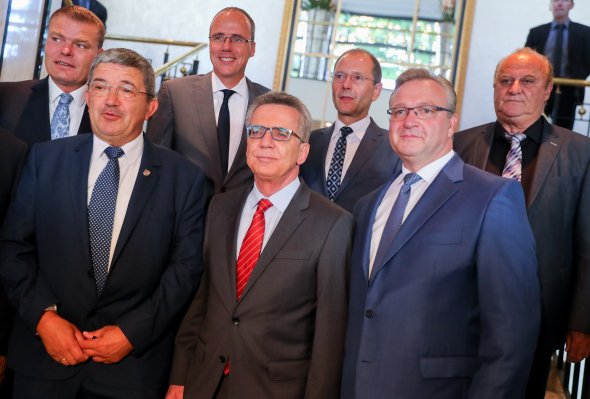