After countless red herrings and purported release dates, Frank Ocean has finally dropped new music in the form of a mysterious visual album titled Endless on his website and on Apple Music.

The black and white stream shows the enigmatic singer building a staircase while giving us a taste of his new tunes, similar to a live stream he posted on his website weeks earlier.

Rolling Stone confirmed that Endless is a different project from his proper new album (which is reportedly hitting Apple Music this weekend), and that it is no longer called Boys Don’t Cry as previously reported.

While his visual live stream wasn’t exactly the new material that was promised, fans were still overjoyed to be receiving something new and took to the Internet to share their glee.

Frank fans knew that he wasn’t trolling when Apple released the good news and a free download for subscribers on their account.

Some fans were in total awe and disbelief that new music had surfaced.

While others were just overjoyed to be hearing new material from Frank.

Other fans were disoriented from actually receiving an album after months and months false hopes.

And some were simply full of gratitude for this blessing. 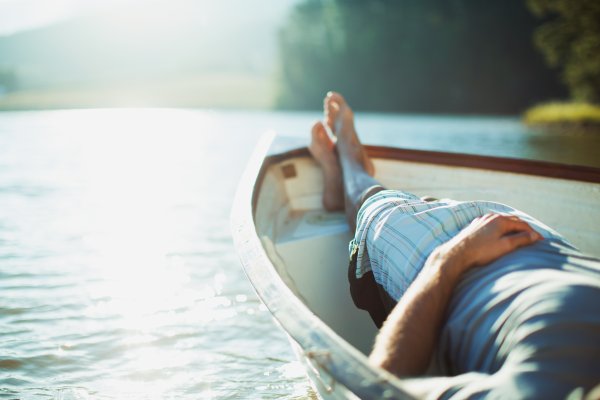 Take This Quiz to Make the Perfect Out-of-Office Message
Next Up: Editor's Pick