No chest-pumping before the finish of this race. Usain Bolt was clear of the field, by a good body length, down the stretch of the 200-m final at the Olympic Stadium in Rio on Thursday night. His face curled with exertion. Bolt talked all week about how badly he wanted to break his own world record time, 19:19, in the 200, which he set at the world championships in Berlin in 2009. He said he felt as if his soon-to-be-30-year-old body could accomplish that ambitious goal. Now, in these final 40 meters, he was going after it.

Bolt may have won the gold. But when he looked up on the board and saw a winning time of 19:78, he snarled and snapped his hand. “I was disappointed,” says Bolt. “My legs didn’t respond. It’s just one of those things. I’m getting older. I don’t recover like I usually do.”

Only Usain Bolt can win an eighth straight gold medal, in eight races, and still not meet expectations. Bolt didn’t stay bummed for long. He took his typical victory lap as the crowd chanted, “Us-ain Bolt! Us-ain Bolt!,” as if he were Pele. He even draped a Brazilian flag over his right shoulder, to go with the Jamaican flag over his left. He flashed the lighting bolt. “I wasn’t fully happy,” says Bolt. “But I was happy that I won a gold medal.”

He kissed the finish line, in what was his last individual race at an Olympics. “I just wanted to say goodbye,” Bolt says.

Andre De Grasse of Canada took silver with a time of 20.02 and Christophe LeMaitre of France won bronze in 20.12. De Grasse, 21, also won bronze in the 100-m; track and field now looks to him to somehow help fill the void Bolt will leave behind. The pair shared a light moment in Wednesday’s semifinal, when De Grasse hustled to catch up with Bolt at the end. The sprinters smiled, but De Grasse may not have left enough juice for the final. “It was a learning experience for me,” says De Grasse. “I didn’t have enough energy coming home.” After the semi, Bolt gave De Grasse some flak. “He was just saying it was unnecessary,” says De Grasse. “He told me you’re going to learn from that, you’re young.”

Bolt has always been overwhelmingly confident in the 200, a less glitzy race than the fastest ten-seconds in sports, the 100-m. It’s an ideal distance for him. If he gets off to a slow start, the race is long enough that his long legs can start churning, enabling him to fly past the field. But it’s not too long. Bolt’s not a fan of endurance tests, as he’s long resisted the urging of his coach, Glen Mills, to give the 400-m a try. 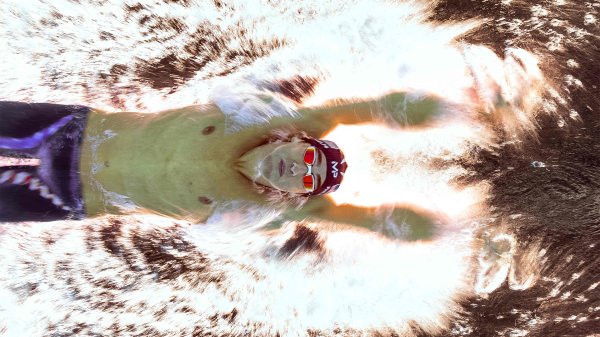 The Most Spectacular Photos of the Rio Olympics
Next Up: Editor's Pick