Uber is working with Volvo to develop self-driving features on Volvo's XC90 in order to someday allow customers to hail autonomous rides via the Uber app.
courtesy uber
By Alex Fitzpatrick

Dozens of autonomous Uber vehicles are about to be roaming the streets of Pittsburg, but the company’s chief executive says its human drivers have nothing to worry about.

“I don’t think the number of human drivers will go down anytime soon,” Uber CEO Travis Kalanick told Business Insider. “In fact, I think in an autonomous world, it goes up.”

Many observers argue that autonomous cars pose a threat to professional drivers, who seemingly stand to be outmoded by the technology. Kalanick, however, claims that such vehicles will still require human labor for two reasons. First, they aren’t great at handling certain road conditions, like bad whether or countryside driving. Until the robot cars master those situations, human drivers will be necessary. Second, those robot cars still require people to maintain them. (For now, anyway.)

That said, Kalanick has made no secret of his desire to replace Uber’s human drivers. Those drivers, after all, are not full employees, but rather independent contractors — contractors who often agitate for better pay and other rights, creating legal headaches for the company. His life might be simpler without them. Uber’s drivers will likely be fine in the short term, but those planning on a longtime driving career would be wise to consider alternate routes. 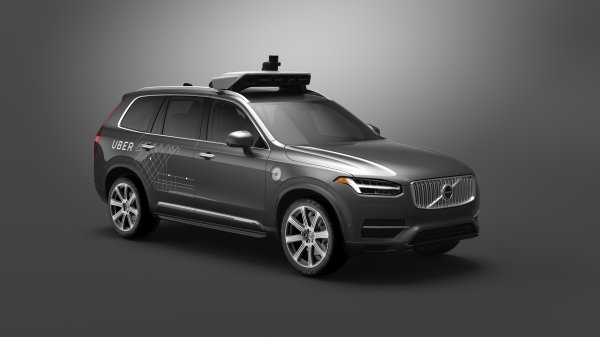 Uber to Roll Out Self-Driving Cars in Pittsburgh
Next Up: Editor's Pick