Donald Trump, 2016 Republican presidential nominee, reads from a teleprompter during a campaign event at Youngstown State University in Youngstown, Ohio, on Aug. 15, 2016.
Bloomberg via Getty Images
By Will Drabold

Donald Trump is returning to a familiar format: television.

The Republican presidential nominee has purchased his first TV ads of the general election, which will start running on Friday in four swing states, according to NBC News. The $4 million ad buy will broadcast Trump’s message in Florida, Ohio, North Carolina and Pennsylvania. The ads will run from Aug. 19-29.

Trump’s ad buy 81 days before the election comes after Clinton has already spent $61 million on TV advertising, according to NBC News.

Trump’s largest ad buys in each state are as follows: $441,000 in Orlando, Florida; $204,000 in Columbus, Ohio; $530,000 in Philadelphia, Pennsylvania; $347,000 in Charlotte, North Carolina. His first ad buy comes as Clinton released a new ad on Thursday hitting Trump for not releasing his tax returns. 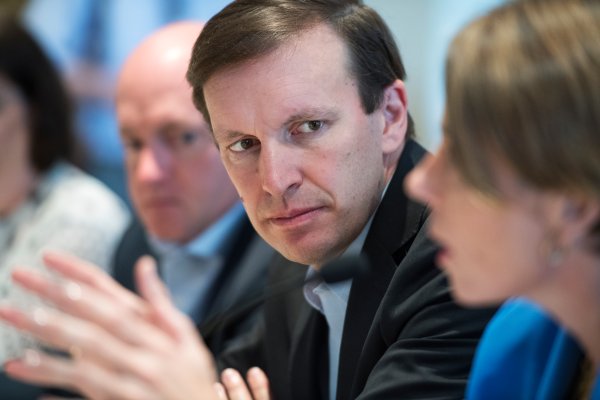