Alaskan Village Votes to Relocate Because of Global Warming Threat

The village of Shishmaref, Alaska, which sits upon the Chukchi sea, is seen on July 9, 2015.
Andrew Burton—Getty Images
By Julia Zorthian

The village of Shishmaref in Alaska voted on Tuesday to relocate to the state’s mainland because global warming and rising sea levels.

Most of the village’s 169 registered voters took part town hall meeting, deciding in a vote of 89-78 to move from their ancestral land on Sarichef Island, near the Arctic circle, according to CNN.

Shishmaref Council secretary Donna Barr said the vote was largely symbolic because it will be costly financially to the community. “About 15 years ago, they estimated the cost at $180 million, but I would figure it’s much higher now,” Barr said, according to CNN. “We don’t see the move happening in our lifetime because of the funding.”

The village’s roughly 650 residents have seen warming temperatures melt sea ice and permafrost, which has resulted in houses falling into the water, CNN reports. At least 31 villages in Alaska face “imminent threats” due to climate change, the Government Accountability Office reported in 2009. 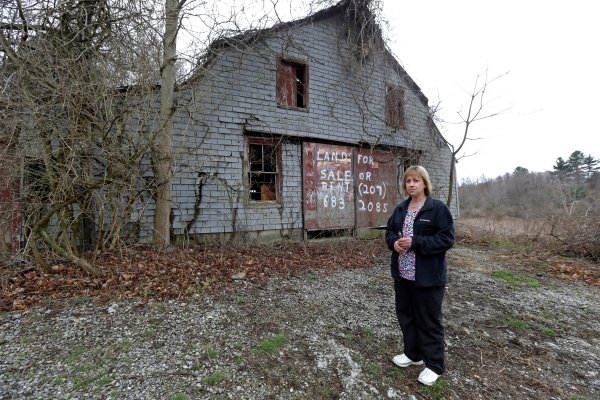 Feds Investigate Town After Rejection of Muslim Cemetery
Next Up: Editor's Pick