Thanks, Lochte. This Had Been a Pretty Great Olympics

This has been a pretty fine Olympics for Team USA. Sure, the women’s soccer team wilted and Kerri Walsh Jennings couldn’t quite extend her record streak of beach volleyball gold medals to four, but the 2016 Games in Rio have been brimming with the spectacular feats of American athletes, from Katie Ledecky and Michael Phelps smashing records in the pool to the Final Five soaring in the gym to the undersung women’s eight crew notching yet another world title.

Now, an apparent display of ugly Americanism threatens to overshadow it all.

After Ryan Lochte‘s harrowing tale of being held up at gunpoint in Rio devolved into a strange and embarrassing incident that inflamed tensions between the U.S. and Brazil, the entire Olympic Village seemed to tilt slightly on its axis.

And so, four days after Lochte first told NBC that he had a loaded gun pressed against his head, media from all over the world gathered at a theater in Rio to hear local officials give their version of events. In short: Brazilian police said Lochte concocted much of his story and that he and fellow U.S. swimmers Gunnar Bentz, Jack Conger and Jimmy Feigen were not victims of any crime. Instead, officials said they vandalized a gas station bathroom and then were confronted by armed security guards before paying for the damage and taking a cab back to the Olympic Village.

The press conference had the feel of a tabloid spectacle, with TV cameramen and photographers stepping over each other to enter the theater across the street from a Rio police station. “Great story, great story,” a theater worker said to a group of American journalists upon hearing where they hailed from. “That’s why you’re so good at the movies.”

Since then, Bentz and Conger have been allowed to return to the U.S. after giving statements about the incident to local officials, according to the U.S. Olympic Committee.

Late Thursday night, USOC CEO Scott Blackmun offered an apology “to our hosts in Rio and the people of Brazil for this distracting ordeal in the midst of what should rightly be a celebration of excellence.”

Brazilian authorities have recommended Lochte, who is back in the U.S., and Feigen, who may soon join him, be charged with falsely reporting a crime — an offense typically punished with a fine. The sanctions from USA Swimming could be far more severe. But no matter the ultimate outcome, Lochte’s Olympics have ended in shame. And he’s sullied what has been an outstanding American effort in Rio. 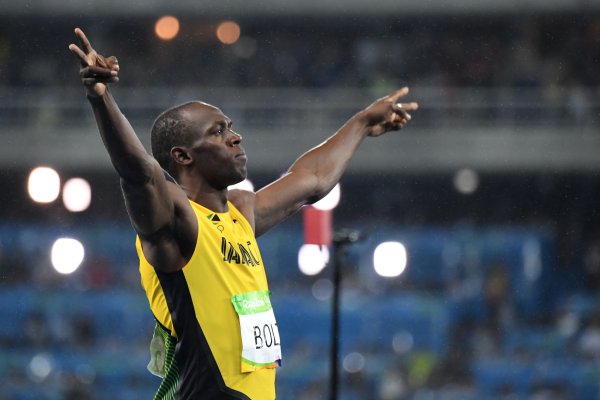 Usain Bolt Makes it 8 for 8
Next Up: Editor's Pick