The U.S. and NATO Need Turkey

A man holds a Turkish flag during an anti coup rally at Taksim square in Istanbul, on July 26, 2016.
Petros Karadjias—AP
Ideas
By Halil I. Danismaz
Danismaz is president of the Turkish Heritage Organization

The bloody coup attempt that left more than 200 people dead and nearly upended Turkey’s democratic institutions has shaken the country to its core.

I saw that dark moment—arguably the darkest in the country’s sad history of military dictatorships—unfold first-hand. I was on a plane to Istanbul when the coup plotters shut down the airport, then landed in the middle of the attack and stayed there for several weeks to witness the chaotic aftermath. There was a feeling of a nation under siege, being attacked from all sides.

Turkey has been battered by terrorism. Its most urgent need now is to defend itself and its democracy.

But the West’s response threatens to complicate how the U.S. and its NATO allies work with a country on the front lines of the global fight against ISIS. To cast Turkey loose now would forfeit our influence in the region and end a decades-long alliance. It could also drive Turkey into the arms of Russia—the wolf scratching at its door, which would like nothing more than to distance Turkey from the West.

This week’s visit by Vice President Joe Biden, the highest-ranking U.S. official to visit since the violent coup attempt last month, is a chance to repair the fractured relationship.

The U.S. has much at stake: Our allies and interests in Europe are under assault as never before. Syria and Iraq have ceased to exist as functioning states. ISIS is on the march from Libya to Afghanistan. And Iranian and Russian influence is steadily expanding.

Turkey stands as a bulwark against these rising threats. Located just 60 miles from the Syrian border, the Incirlirlik air base in southern Turkey—the crucial staging ground for American-led strikes against ISIS—allows our best A-10s, F-15s and drones to take the fight to ISIS in Syria and Iraq that were previously out of our reach.

It is also the anchor of NATO’s southeastern flank and home to its second-largest army. Western officials should heed NATO’s own words: “Turkey takes full part in the Alliance’s consensus-based decisions as we confront the biggest security challenges in a generation. Turkey’s NATO membership is not in question…NATO counts on the continued contributions of Turkey and Turkey can count on the solidarity and support of NATO.”

The change must begin by taming the rhetoric on both sides. The chaos I saw in Ankara has fomented a rising tide of anti-Americanism egged on by some Turkish officials and party-controlled press. Asserting that the U.S. played a role in the coup must stop immediately.

At the same time, U.S. officials and commentators should acknowledge that Turkey’s most urgent need now is to defend the very fabric of its civil society. Like him or not, President Erdogan is the legitimately and democratically-elected choice of the Turkish people, a claim bolstered by the recent support he has seen from the main secular opposition parties. He has earned the right to speak on their behalf and that right should be respected.

In order to move forward, the governments of Turkey and the U.S. must establish a high-level mechanism in order to adequately address the broad range of critical issues between them. Like the strategic framework that governs U.S.-Chinese consultations, our two countries need a formal structure led by its most senior officials that meets regularly. Tensions have gotten to the point that only face-to-face discussions are going to suffice to repair the increasingly deep-seated misunderstandings between our two states.

A formal mechanism will help us reach a mutually acceptable solution to the Fetullah Terrorist Organization (FETO) problem. FETO is a danger to the stability in the region that the U.S. and NATO seek. A similar threat to democracy that created the kind of carnage would produce an outcry of outrage if it happened any other NATO member state. There have been united calls for the extradition of FETO’s leader, Fethullah Gulen, who is currently residing in the U.S. This is a reasonable request based on the widespread belief in Turkey—both the people and the main opposition parties—that FETO played a central role in the execution of the failed coup.

America’s most powerful and consequential regional ally is threatened as never before, with potentially dire consequences for our shared interests. U.S. policymakers must recommit to the bilateral relationship, not cut and run. 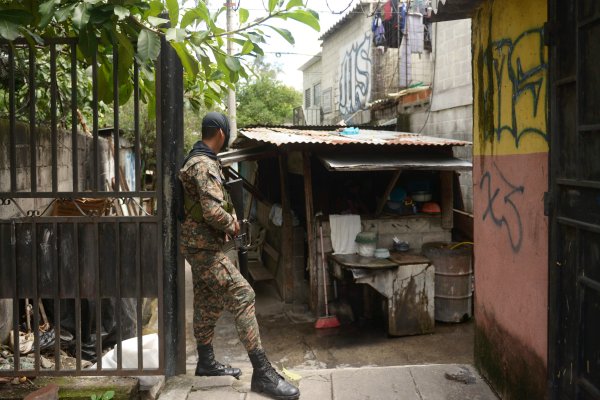 The U.S. Is Failing Central American Refugees
Next Up: Editor's Pick