Hillary Clinton launched a new ad on Thursday attacking Donald Trump for not releasing his tax returns as Democrats tighten the screws on the Republican nominee.

The new Clinton ad features television clips of prominent Republicans questioning Trump’s decision to keep his tax returns private. “Perhaps one more reason why we’re not seeing his tax returns is because he is deeply involved in dealing with Russian oligarchs,” suggests conservative columnist George Will. “Either he’s not anywhere near as wealthy as he says he is or there’s a bombshell in Donald Trump’s taxes,” the 2012 Republican nominee Mitt Romney says in a clip with Fox News.

The ad, part of the Clinton campaign’s existing national cable ad buy, is the latest salvo in the campaign’s fight to keep Donald Trump’s taxes at the top of the agenda. The speculation around Trump’s decision not to release his returns has led to questions about whether he has foreign investments or pays a below-average tax rate.

Trump has said he will not release his tax returns until the IRS has completed an audit of his returns. The audit, however, does not prevent him from releasing the records, and President Nixon released his tax returns despite being under audit.

Trump’s taxes are an issue that Clinton’s aides want to see in the news. Clinton herself has been pressing the issue at rallies, saying that Trump would benefit from his own proposed tax cut.

“Of course, we have no idea what tax rate he pays – because unlike everybody else who’s run for president in the last four or five decades, he refuses to release his tax returns,” Clinton said at a rally in Cleveland on Wednesday.

Meanwhile, the Democratic National Committee is organizing a gimmicky attack around the country at Trump rallies and outside of the Trump Tower in Midtown Manhattan, where protestors are holding signs that say “Donald Ducks Releasing His Taxes” complete with a Duck mascot.

On Thursday, U.S. Senators Ron Wyden and Chris Murphy and Clinton endorsers held a conference call to push a bill, the Presidential Tax Transparency Act, which would require presidential nominees to release their tax returns.

“The American people deserve to know whether the president of the United States is making a decision in order to advance the best interests of the citizens of the country, or the best interest of his wallet,” said Sen. Chris Murphy.

The Senate bill would not require members of Congress or sitting presidents to release their returns. 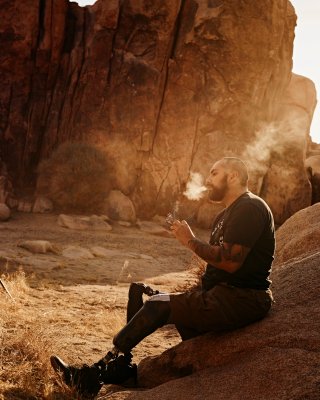 Top Army Doctor Leery of Treating PTSD with Marijuana
Next Up: Editor's Pick