A 4-year-old girl in Hot Springs, Arkansas found with covered in bruises and scars thought her name was “Idiot,” officials said.

Workers from the Arkansas Department of Human Services determined the girl had been abused after officials found her with deep, purple bruises, a black eye, scars on her back and ligature marks on her wrists, the Hot Springs Sentinel-Record reports. When local police arrived at the Cooper-Anthony Mercy Child Advocacy Center and asked the girl her name, she responded “idiot,” according to the arrest report cited by the Sentinel-Record.

Authorities charged the girl’s mother, Jennifer Denen, 30, and her boyfriend, Clarence Reed, 47, with domestic battery, permitting abuse of a minor and endangering welfare of a minor.

Denen told local police she saw her boyfriend hit her daughter with a plastic bat and that she heard him call the young girl “idiot,” the Washington Post reported. Reed said he did hit the child, but with a wooden paddle, and he zip-tied her as a punishment, according to the Post.

Six children lived in the house with Denen and Reed. Police told the Post that the 4-year old girl and an 11-month old are now in the custody of the Department of Human Services. 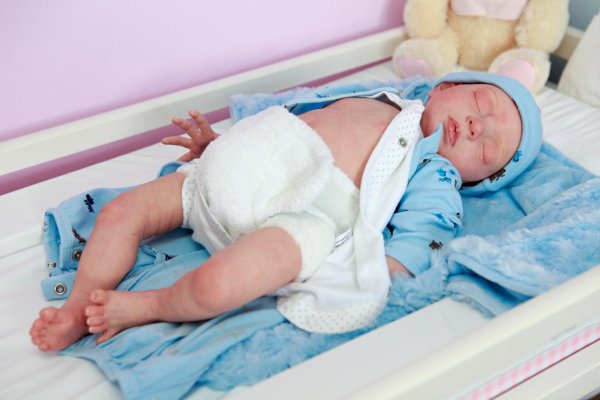 This Baby Doll Was So Lifelike That Police Tried to Rescue It From a Hot Car
Next Up: Editor's Pick