Malik, 23, was also the first Indian woman to win a wrestling medal and the fourth to win at any Olympic Games. “I never thought I would become the first woman wrestler from India to bag an Olympic medal in wrestling,” she told The Hindu newspaper . “I hope the remaining wrestlers will also do well.”

Malik’s parents initially faced criticism from locals when their daughter signed up to participate in wrestling, long considered a man’s sport in the community, according to a BBC report. Malik had been inspired by her grandfather’s wrestling career.

The wrestling victory may be India’s first medal of the 2016 Olympics, but it is not the first heartwarming story for the country. Dipa Karmakar received her nation’s admiration after falling short of a gymnastics medal by just 0.15 points. 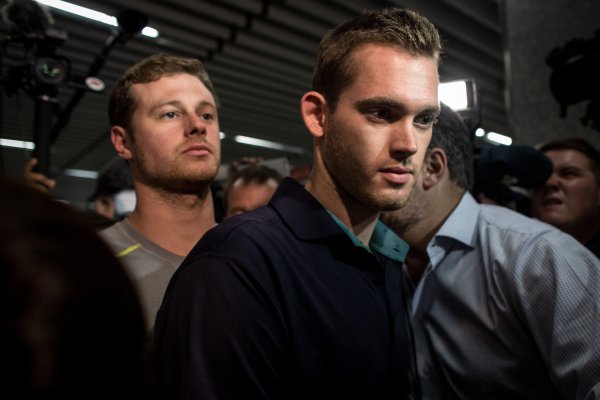 What Comes Next for Lochte and His Teammates
Next Up: Editor's Pick