Old people aren’t good at voting. I don’t simply mean that they don’t vote like I do, or I would also say that old people are bad at watching TV, picking restaurants and gauging my interest in stories about their friends’ children.

No, old people vote shortsightedly, choosing the least progressive outcome. In surveys in the U.S. and the U.K., people over 65 — compared with people under 30 — were nearly twice as likely to be against gay marriage; twice as likely to be pro-Brexit; half as likely to support legalization of marijuana; nearly five times less likely to want to spend money on education; 60% more likely to vote for Donald Trump; and nearly 50% more likely to say immigrants have a negative impact on society, despite the fact that they are being wheeled around by them. Whether these figures are accurate is irrelevant, since old people are so bad at Googling.

Their poor choices were always a problem, but it’s become far more acute now that there are so many of them. The over-65 generation does not accurately represent our country, because they are overwhelmingly white and actually vote. So, unfortunately, we’re going to have to bar them from voting.

When I ran this idea by my 76-year-old father, he partly agreed. “If a 90-year-old has what you can define as dementia, you can test for it,” he said. I explained that I was thinking more of 76. I also explained that the problem wasn’t that seniors forget things as much as they remember the world of 60 years ago and want to reproduce it. But one challenge of arguing with older people is that because of all the cable-news watching and Founding Father — book reading, they know more. My dad mentioned stare decisis, using Edmund Burke’s argument that society is so complex that radical change often has horrible unintended negative consequences such as Napoleon, communism and that horrible rap music.

He also argued that experts are often wrong: In 1980, pundits thought a movie star shouldn’t be President; during the Great Recession, economists were sure the Fed’s expansionary monetary policy would lead to inflation. “We might think that the England they voted for isn’t going to do very well in the world. But we don’t know that,” he said. And said. And said.

Looking for a counterargument, I called Jason Brennan, a Georgetown philosophy professor whose new book is titled Against Democracy. He said my antidemocratic idea was worth investigating as it might lead to a better result. We should pick the best people to vote and take emotion out of the process. “If you go back 300 years, there’s this idea that kings are majestic and the rest of us are not,” he said. “We didn’t equalize it by taking kings down. We said everyone has majesty. I think that’s silly. We should think of voting rights as plumbing licenses.” This made sense to me, since I would not want a really old guy working on my sewer pipes.

When I explained this idea to my mom, she quickly moved through the five stages of grief over a Hypothetical Situation That Was Clearly Made Up for a Column and Will Never Happen. “Whoa! What?” she said, before proceeding to “Most of the older people I know are more progressive than the younger people I know” and then “That’s very anti-American!” She then tried “Take it away from very young people” before finally landing on “That’s so sad and depressing. It would feel like being sent to pasture.” I’m not sure how sprightly she thinks she is, but walking around a meadow sounds like a way more active lifestyle than watching MSNBC and playing Drop7 on her iPhone.

My mom had a point about her being politically active and progressive, since during my last visit she not only opened the door for a guy asking for signatures for a petition against building on New Jersey’s majestic rivers but also invited him in, gave him a beer and wrote him a check for $40, which I thought was hilarious until she added, “Your wife gave him $20.”

Admittedly, a law barring old people from voting might not make it past the Supreme Court, since some of the Justices are very, very old and the 26th Amendment is very clear. And I can’t take something away from my mom that she enjoys so much, except that Drop7 game, which would be ironic, since she spent so much of my teenage years telling me to stop playing video games and go outside. Though it might not be the worst thing if we switched the election date and announced it only on Snapchat. 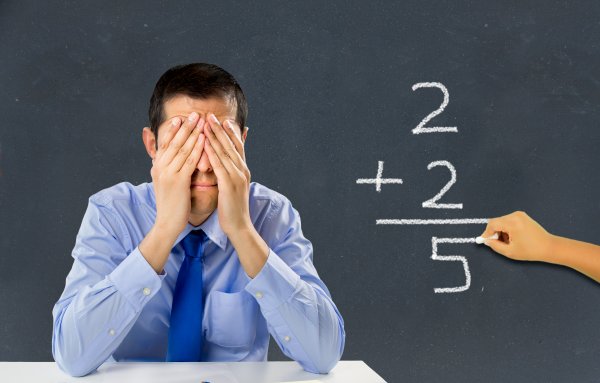 Teachers Share the Most Ridiculous Things Parents Have Ever Said to Them
Next Up: Editor's Pick