Hillary Clinton Finds Her Zone of Caution and Control

Hillary Clinton didn’t exactly hide from questions this month, when a new batch of State Department emails went public, revealing efforts by a Clinton Foundation executive to secure attention from Clinton’s State Department for a major donor. In fact, she answered a whole bunch.

Is it true that she doesn’t use an alarm clock? No! That’s just another “rumor,” Clinton explained. “I usually wake up before my alarm clock goes off.”

How does she keep going, given the pressure of a campaign? “I–knock on wood–am pretty lucky, because I have a lot of stamina and endurance,” Clinton replied. Under further interrogation, she admitted to attempts at eating right, getting enough sleep and exercising. She copped to regularly learning things from the people her advance staff arranges for her to meet. And she confessed to having a daily list of tasks to complete. “I have such a long to-do list it’s really depressing,” Clinton answered.

Nowhere on that long list, however, is there an entry marked “Face the press” or “Answer hard questions.” The Democratic nominee last held an old-style news conference back in December, more than 250 days ago. Since then, Clinton has preferred one-on-one interviews that give her plenty of time to prepare. Even better, from her perspective: faux scrutiny, like the alarm clock and exercise colloquy, which took place in the friendly confines of her newly launched podcast, paid for by her own campaign.

“Full disclosure: I’m not a journalist, and I’m not impartial,” podcast host Max Linsky acknowledged during Episode 1, before teeing up another softball. (Linsky did pry from Clinton an admission that she enjoys Cuban food when she visits Miami.)

Clinton has also perfected what you might call an aquarium style of ignoring shouted questions: she glides past crowds of reporters with a serene smile as though protected by thick glass and deep water. These encounters often happen outside the fundraising and endorsement-collecting events that constitute a substantial share of her days and nights. (At one of her recent donor shindigs, from which Clinton in a break from recent precedent bars reporters from hearing her remarks, her host had the made-for-comic-books name of Rich Richman.)

At an Aug. 15 campaign photo op with Vice President Joe Biden outside Biden’s boyhood home in Scranton, Pa., Clinton floated up to the glass long enough for a reporter to call out a Trump question. “Nobody will love Scranton more than I will as President,” she said, ignoring the query.

Like several other strategies that Clinton has employed in this campaign, her press dodging stems from a Hippocratic determination to, above all, do no harm. She puts a premium on avoiding mistakes. Now facing an opponent whose motto is ready-fire-aim, she’s loath to give the media any reason to turn the spotlight away from Trump’s self-destruction. Like a quarterback with a six-point lead, she takes a knee instead of risking a fumble.

And for now, as evidenced by her growing lead over Trump in the polls, the strategy is working. “We don’t see it as caution. We see it as discipline,” Clinton spokesman Nick Merrill explained. Questions like the ones about the Clinton Foundation are handled via official statements from the campaign, leaving the candidate to “convey an affirmative message,” Merrill said. This she has done through more than 400 interviews, local and national, so far in 2016, he added.

Clinton has ample reason to be cautious, for she has none of her husband’s knack for charming his way out of tight spots. Her extemporaneous joke about wiping her private email server–“what, like with a cloth?”–fell flat. Her claim to Fox’s Chris Wallace that the FBI director pronounced her truthful was untrue. Her defense of that statement (“I may have short-circuited”) didn’t help.

They say the first rule of holes is, When you are in one, stop digging. So there is little reason to believe that Clinton will let a reporter hand her another shovel anytime soon. Still, Clinton’s silence makes a mockery of her recent statement at a convention of journalists that “now more than ever we need you to keep holding leaders and candidates accountable.”

–With reporting by SAM FRIZELL and ZEKE J. MILLER 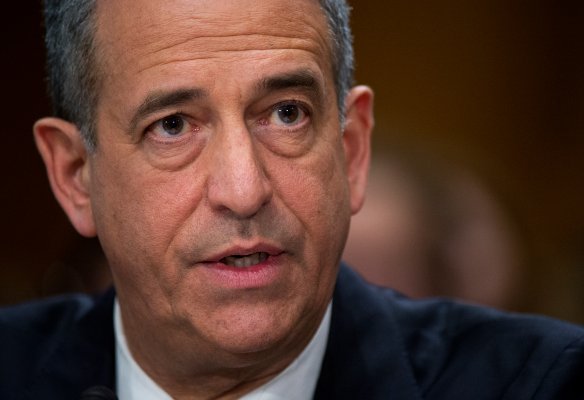