Rio’s beach party failed to go as planned. In the women’s beach volleyball gold match that started around midnight Wednesday night and ended early Thursday morning, Germany’s Laura Ludwig and Kira Walkenhorst defeated the Brazilian duo of Barbara Seixas and Agatha Bednarczuk in straight sets, spoiling what was supposed to be a joyous coronation on Copacabana Beach.

To make matters worse, earlier in the evening Brazil’s other women’s beach team, Larissa Franca and Talita Antunes, lost in three sets in the bronze medal match to Americans Kerri Walsh Jennings and April Ross. The win was Walsh Jennings’ fourth career Olympic medal. Three are gold. Brazil essentially needed two medals in women’s beach volleyball in order to reach its goal of finishing in the top 10 of the medal count at these Olympics. The Brazilians grabbed one anti-climatic, unsatisfying silver.

In the last piece of Olympic business at Copacabana Beach, however, Brazil can salvage something. The men’s team, of Alison Cerutti and Bruno Oscar Schmidt, faces Paulo Nicolai and Daniele Lupo of Italy in the gold medal match late Thursday night.

Then the stadium went dark: Agatha and Barbara bounced onto the sand, the stadium lights flashing like a night club dance floor. They waved. They hugged. The loudspeaker played Journey’s “Don’t Stop Believing.” It seemed that only a few dozen Brazilians and Germans knew the words. “Here Comes the Boom” is a catchier tune.

But they didn’t have much to wave about during the rest of the first set, which Germany took 21-18. Barbara shanked an easy little tap at the net, inexplicably sending it out of bounds. Agatha served long, a mistake fit for a seventh grade gym class. The Germans, at times, overpowered them.

Ludwig and Walkenhorst kept the momentum going in the second set, as they took a 6-1 lead, and never looked back. Agatha served out of bounds … again. The “Bra-sil, Bra-sils” grew faint. Ludwig muffed a serve too, but it didn’t matter. During a timeout, a DJ tried to fire up the fans — and presumably, the players — with the “ooo-o-o-o-o-o-oooooo-o” chant. Nothing worked. Agatha and Barbara fell quietly, 21-14 in the second set. Walkenhorst fell to her knees, in disbelief.

Just yesterday, Ludwig couldn’t even believe her team beat Franca and Antunes in the semis to get this far. “It’s crazy,” Ludwig said after the semi. “It’s f—ing crazy.”

Joao Dias, a dentist from the capital city of Brasilia, just shook his head as he filed out of the stadium. “I’m very, very upset,” he says. “It’s very hard.” He may be Brazil’s most unlucky Olympic fan: he’s seen the country’s women’s soccer team, women’s indoor volleyball team and now women’s beach volleyball team lose. Winning that gold in beach volleyball, Dias says, was particularly important. He points to the sand and sea. “Copacabana is an icon for Brazil,” he says. “We’re not supposed to lose here.”

Falling to Germany, the country that humiliated Brazil’s soccer team, 7-1, on Brazil’s own soil in the 2014 World Cup semifinal, is especially painful. “Germany is like our Argentina of Europe,” says Dias, referring to Brazil’s intense rivalry with its South American neighbor. “Everything against Germany is more important now.” On Saturday, Brazil faces Germany in the men’s final of its most important sport, soccer. Brazil has never won Olympic soccer gold and a victory over Germany could erase some of the disappointment in the sand.

But for now, it’s a rough night in Rio. 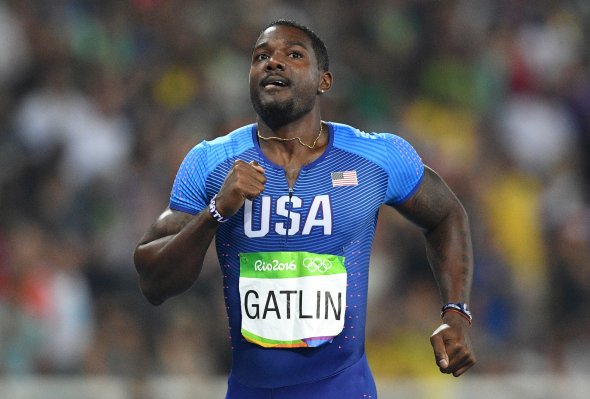